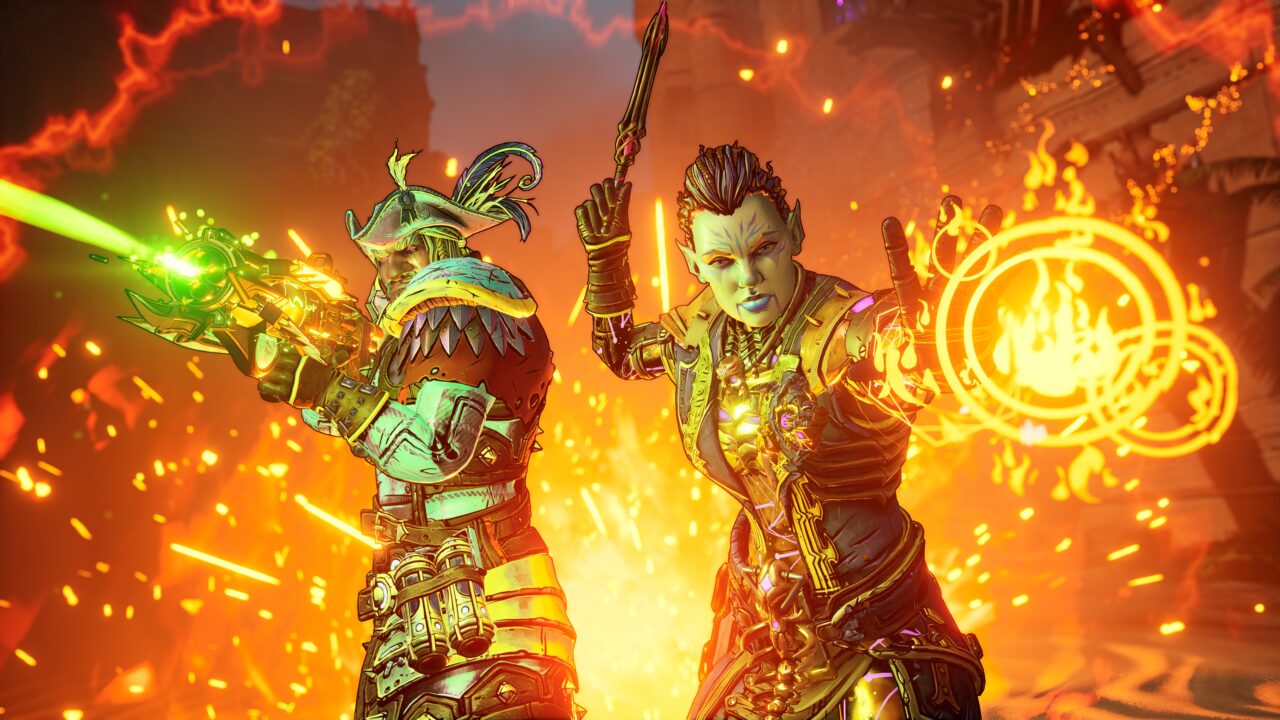 Coiled Captors is the first of four additions included in the season pass of Tiny Tina's Wonderlands.The release is just around the corner, so here are the details about the novelty.The DLC begins in the location Dreamveil Overlook, where the fortune teller Vesper is waiting for you:Aeons ago, the spiral nagi got hold of something unseen - an ancient god.They imprisoned the creature in the mighty body of a sharp-toothed sea warg, hidden deep within an icy mountain.Only you can free this god from his fleshy prison, which requires you to traverse the winter wastelands, arid ruins and flooded caves full of enemies.Contents of Coiled Captors:Boss Chums is an ancient god with four forms, which will be unlocked once a week after the DLC release.Defeating the boss promises lost souls that allow you to spin the Wheel of Destiny.Each spin gives you valuable items, including legendary weapons and gear.New loot, including weapons, gear, and \"cosmetics\".Fresh content for the Hall of Chaos, including levels and a boss from the expansion.Coiled Captors launches tomorrow, April 21.The add-on will not only be available as a season pass, but also for individual purchase.General information about the other DLC can be found in this news.