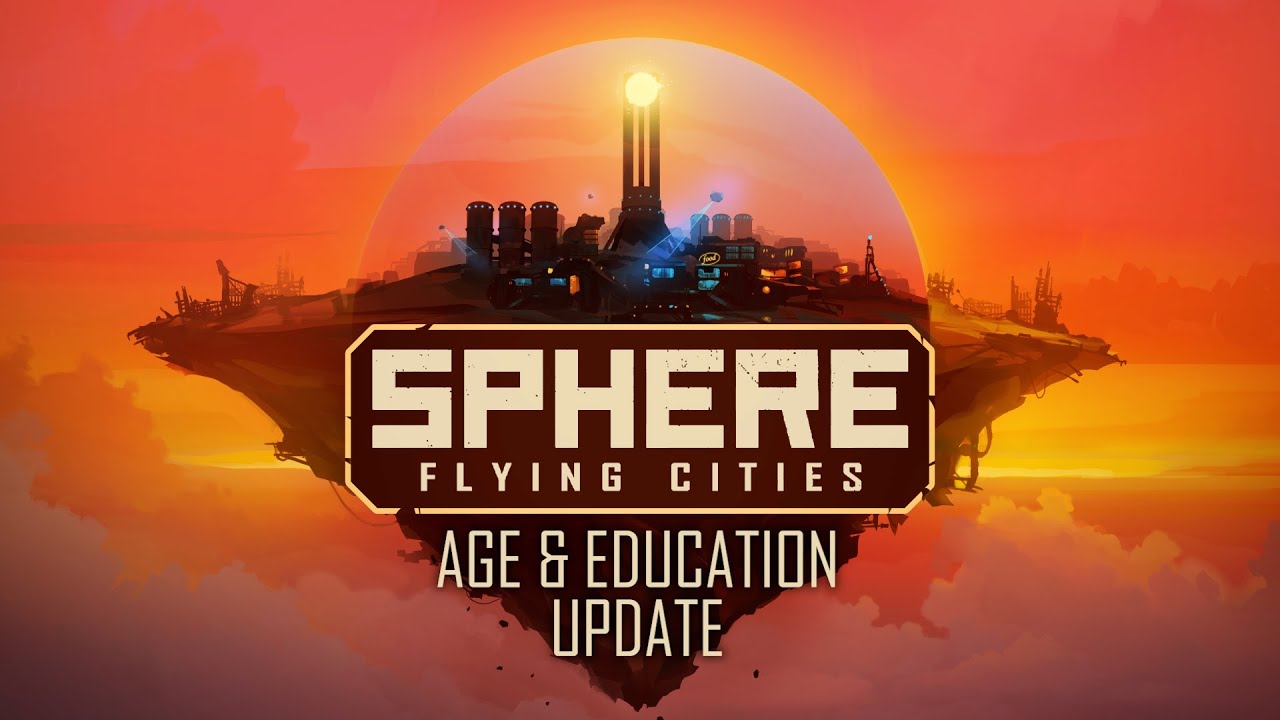 German publisher and developer Publisher Assemble Entertainment and game developer Sphere Games UG have announced the \"Age and Education\" update for their sci-fi urban simulator Sphere: Flying Cities, available for PC on Steam and GOG.The new content introduces the aging of Flying Cities residents as well as a full education system, meaning that higher education is available to all.New life cycles add an element of realism to the sci-fi simulation, with aging citizens going through various life stages, bringing with them all the triumphs and troubles that come with the passage of time, including the cycles of birth and death.Likewise, the residents of a flying city interested in expanding its population must meet certain reproduction requirements.Fortunately for the new busy parents, a \"Kindergarten\" can now be built.Residents can now take part in educational programs that allow them to learn skills and develop new skills through the new \"Learning Center\".Having educated citizens means higher efficiency, better buildings, and more.The update also introduces a redesigned energy management system, as well as many new buildings, including the Learning Center, Kindergarten, and Energy Storage.