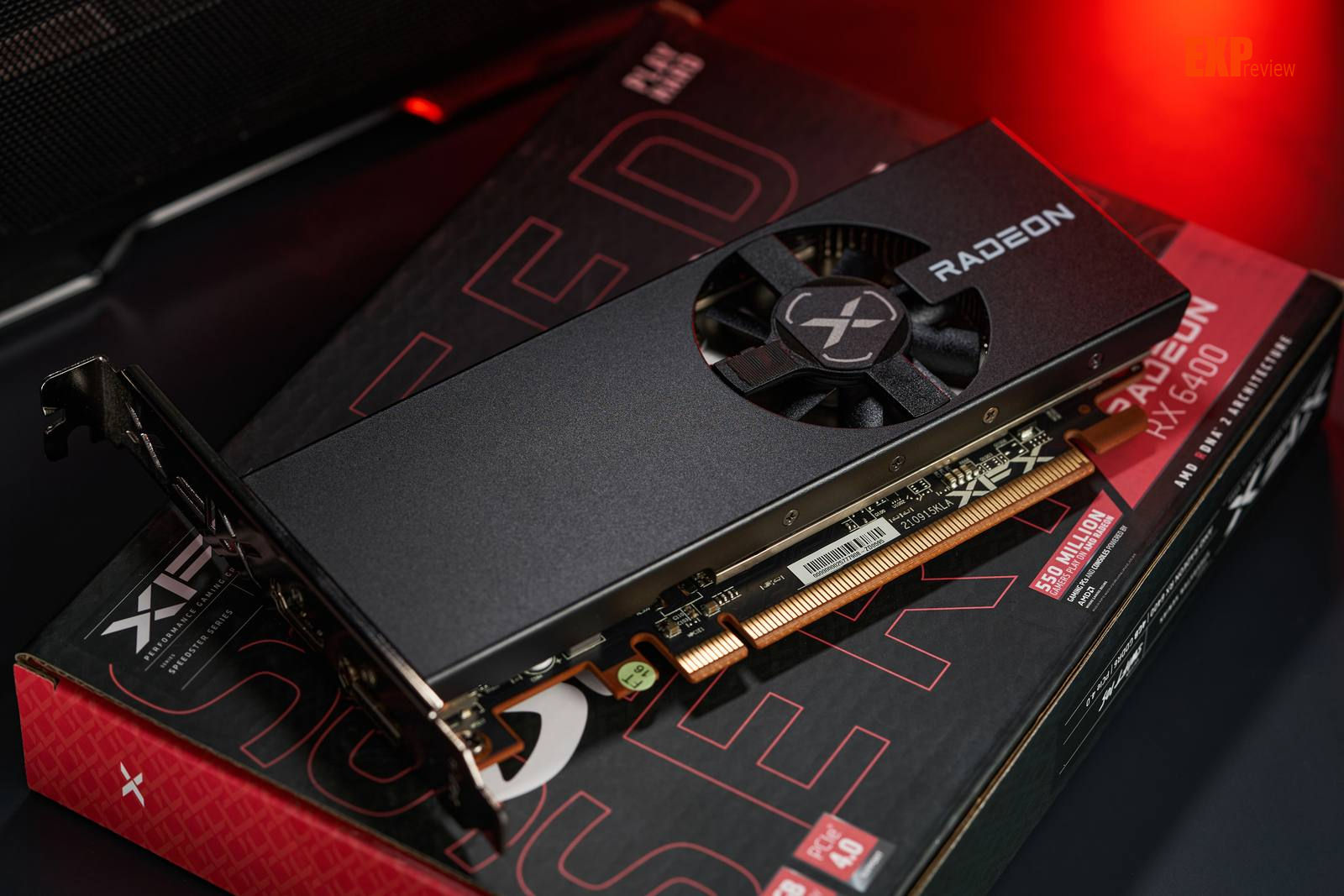 AMD has officially introduced the entry-level Radeon RX 6400 graphics card.With a manufacturer's recommended retail price of $159, this is the most affordable graphics card in the Radeon RX 6000 series.It is based on the same RDNA2 graphics architecture as the rest of the RX 6000 line, and on the smallest chip of all, the \"Navi 23\".This chip is based on the TSMC N6 (6nm) silicon manufacturing process.AMD leveraged 12 of the 16 RDNA2 compute blocks on silicon, resulting in 768 stream processors, 48 TMUs, 12 Ray Accelerators and 32 ROPs.The memory configuration is similar to the RX 6500 XT, with 4GB of GDDR6 memory via a 64-bit memory bus.This is the same memory rated at 16Gbps, which means a bandwidth of 128GB/s.There is also 16MB of Infinity cache memory.The clock frequencies of the engine are set at 2039 MHz and 2321 MHz.With the given specs, the RX 6400 has a typical graphics power (TGP) of only 53W, so the cards can do without additional power connectors.