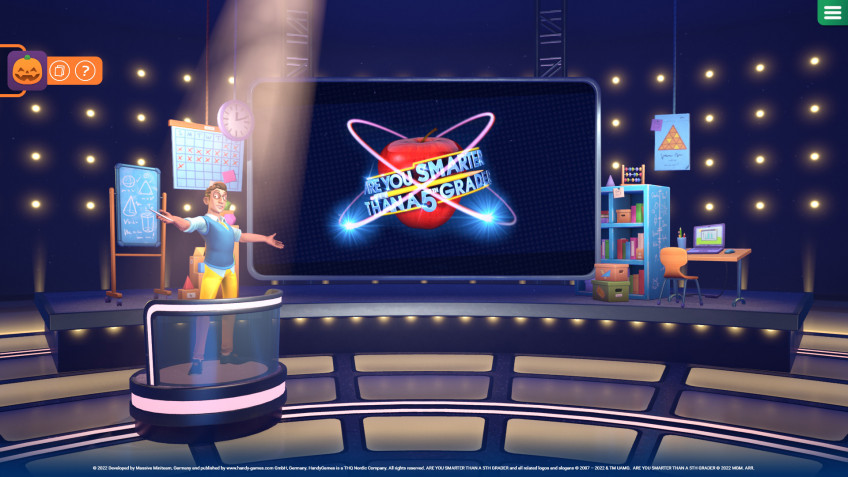 THQ Nordic and MGM have announced the continuation of the Are You Smarter Than A 5th Grader series of educational game quizzes.The new installment comes out this year on Nintendo Switch, PlayStation 4, PlayStation 5, Xbox One, Xbox Series and PC, and is being published by subsidiary HandyGames.The original show, \"Are You Smarter Than a 5th Grader?\" that the game is based on, ran for five seasons on Fox Primetime, and the first season was watched weekly by about 20 million viewers.It has been licensed in two dozen countries and on a number of platforms, including YouTube and Podcast.THQ Nordic has also released several games based on it, mostly for mobile platforms.In the new video game version of the popular TV show Are You Smarter Than A 5th Grader? players can answer more than 6,800 questions, take \"true or false\" tests and play mini-games on 24 different subjects.The game will be fully voice-activated, but only in English.Russian support is not announced.