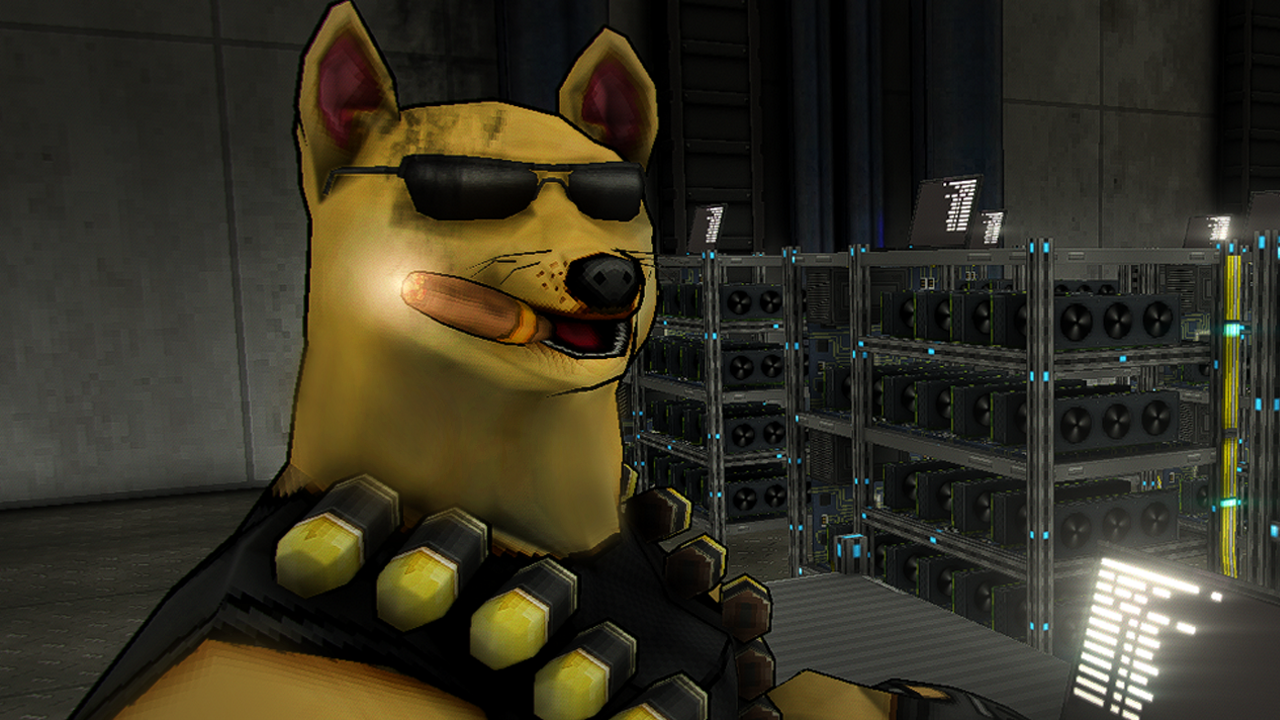 Brutal John would be another old-school shooter if not for the twist: The disaster in the world of crypto-mainers.Now the main character has to stop them, and the busty girl with cleavage and a fighting doglet will help him in this.By the year 2090, the cryptocurrency technology has completely taken over the planet.The world economy is destroyed and the atmosphere is polluted by waste from endless factories that smoke the air in an attempt to keep up with the high hash rates.The last nail in the fate of humanity is trying to hammer Lusilian - evil mutant, controlling cryptomining and, accordingly, the entire world.The rest is pretty standard: Brutal John promises gameplay in the style of shooters of the 1990s, which was created under the inspiration of Duke Nukem, Serious Sam, Doom and Soldier of Fortune.There are secrets, passages, a variety of locations, a destructive arsenal, and insane boss fights.Graphics and music are also stylized for antiquity.Brutal John will be released someday.There is already a demo version on Steam.