Crazy Moxie from Borderlands became the face of whisky brand 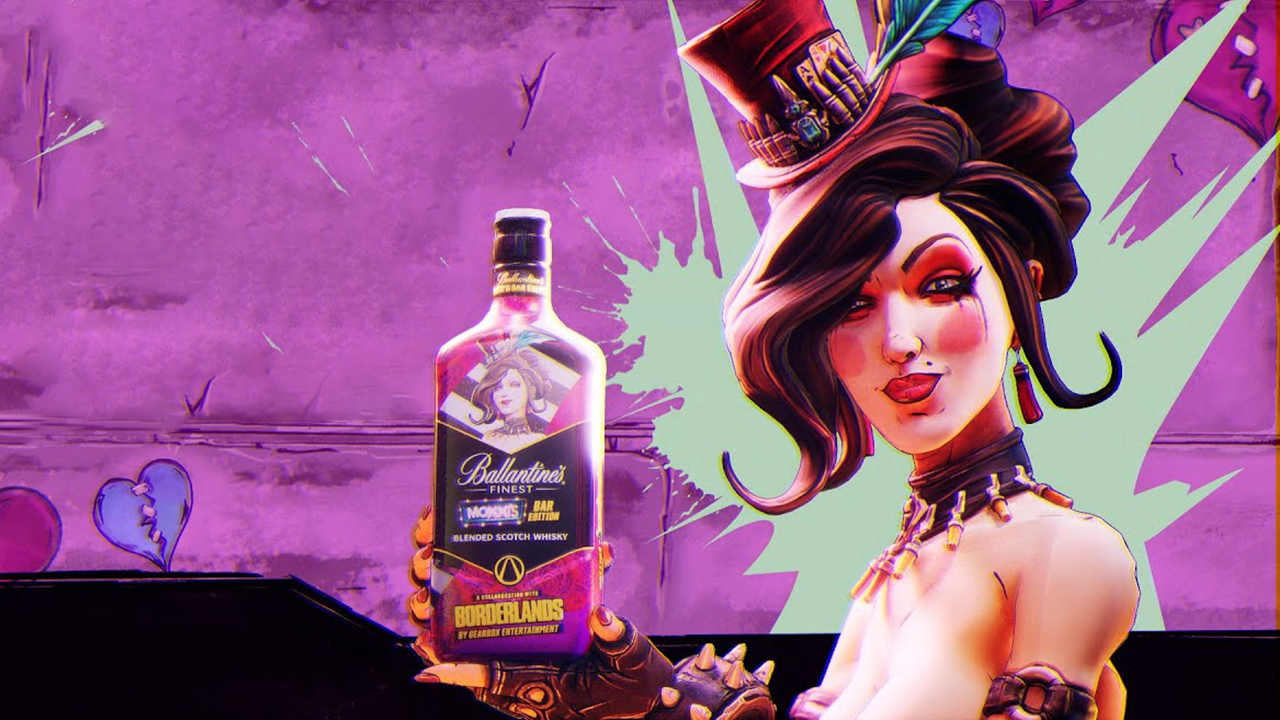 Spirits producer Pernod Ricard has arranged a partnership with Borderlands.From now on the bottles of Ballantine's Scotch whisky will feature Mad Moxie, the owner of bars and other establishments.The parties agreed on a long-term collaboration to promote the spirits.According to Ballantine's marketing manager, they have been closely watching Moxie's adventures on Pandora and are very happy to have the support of a well-known businesswoman.\"Moxie will no doubt succeed in elevating Ballantine's popularity to galactic heights and inspiring Warehouse seekers to stay true to themselves,\" the specialist stressed.Limited edition bottles with Moxie on the outside and the company's flagship, Ballantine's Finest, inside will go on sale \"later.\" All buyers are promised to receive unnamed content for Borderlands 3.Recall, the series was recently added to Tiny Tina's Wonderlands, a spin-off about Tiny Tina and her favorite board game.The first of four add-ons is being prepared for release, called Coiled Captors.