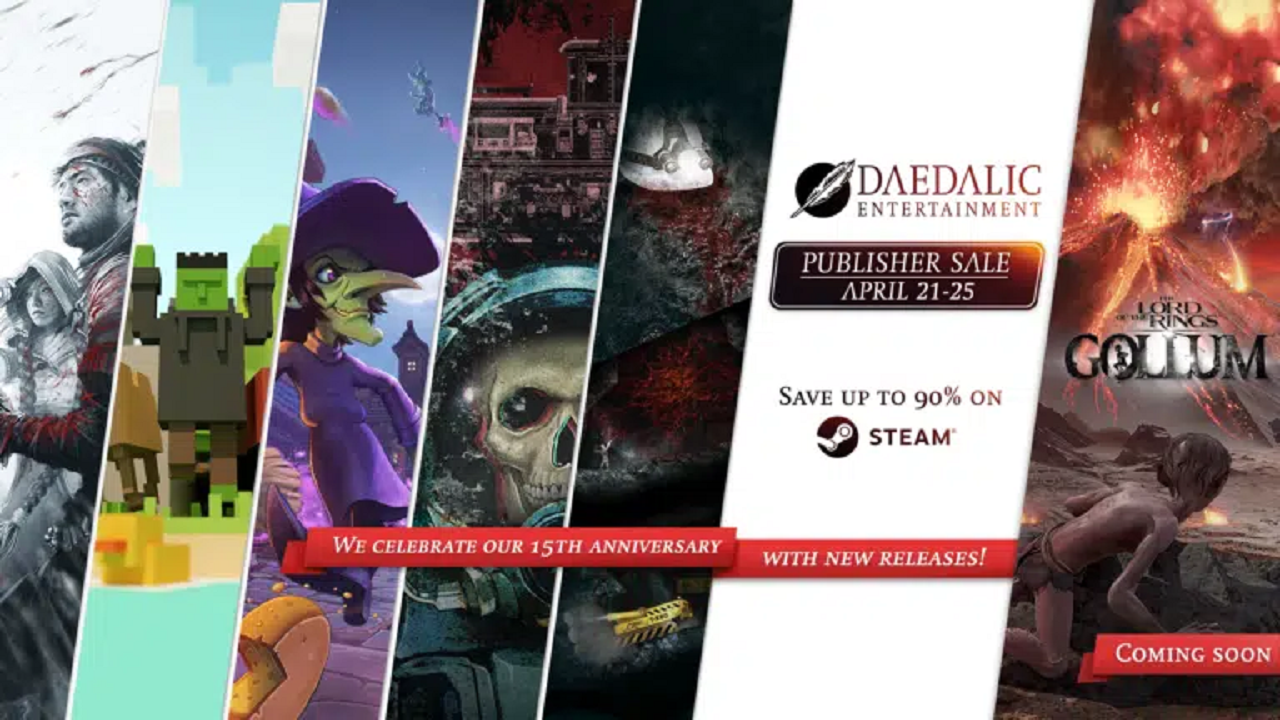 Daedalic Entertainment is celebrating its 15th anniversary this week with a series of new releases, pre-order launches and updates to its most popular games.To top it all off, there's a big sale on Steam and the Nintendo Store from April 21 through April 25.Discounts of up to 90% apply to all titles.In honor of Daedalic's birthday, three brand new games will be released on Steam: the insane and deadly restaurant management simulator Godlike Burger, the meditative automation and programming game VELONE and version 1.0 of the pixel strategy Warpips.As a shadow chef you travel through space in Godlike Burger, constantly searching for the best ingredients for your delicious burgers - only these ingredients are the guests.Players must deftly set traps, upgrade the restaurant, and avoid the space police.Learn more in the launch trailer.While players let their inner culinary devil loose in Godlike Burger, they use their logical and creative skills in a relaxing atmosphere in VELONE.In this automated game, players must restore the energy system of the abandoned planet Velon.To do so, they program complex mechanical mechanisms.The gameplay can be seen in the launch trailer.Last but not least, the last but not least news: the beginner-friendly yet challenging strategy game Warpips is also receiving an update 1.0 after a successful Early Access period.In the time leading up to the full launch, the game received many new maps, modes, units and more, and now helicopters are also available for launch.The new gameplay can be seen in the launch trailer 1.0.In addition to the new games, popular titles like Barotrauma, Fling to the Finish and Hidden Deep are getting major content updates.Colonies of the sci-fi submarine survival simulator Barotrauma has been redesigned to be bigger and more realistic.Each crew member also gets their own wallet so they can shop in the colonies.The crazy cooperative racing game Fling to the Finish has a new level.The quality of the game has also been improved.The horror game Hidden Deep, inspired by 80s movies, features a grotesque creature, as well as two new levels, new music and more.You can check out all the offers on the Steam promo page at this link