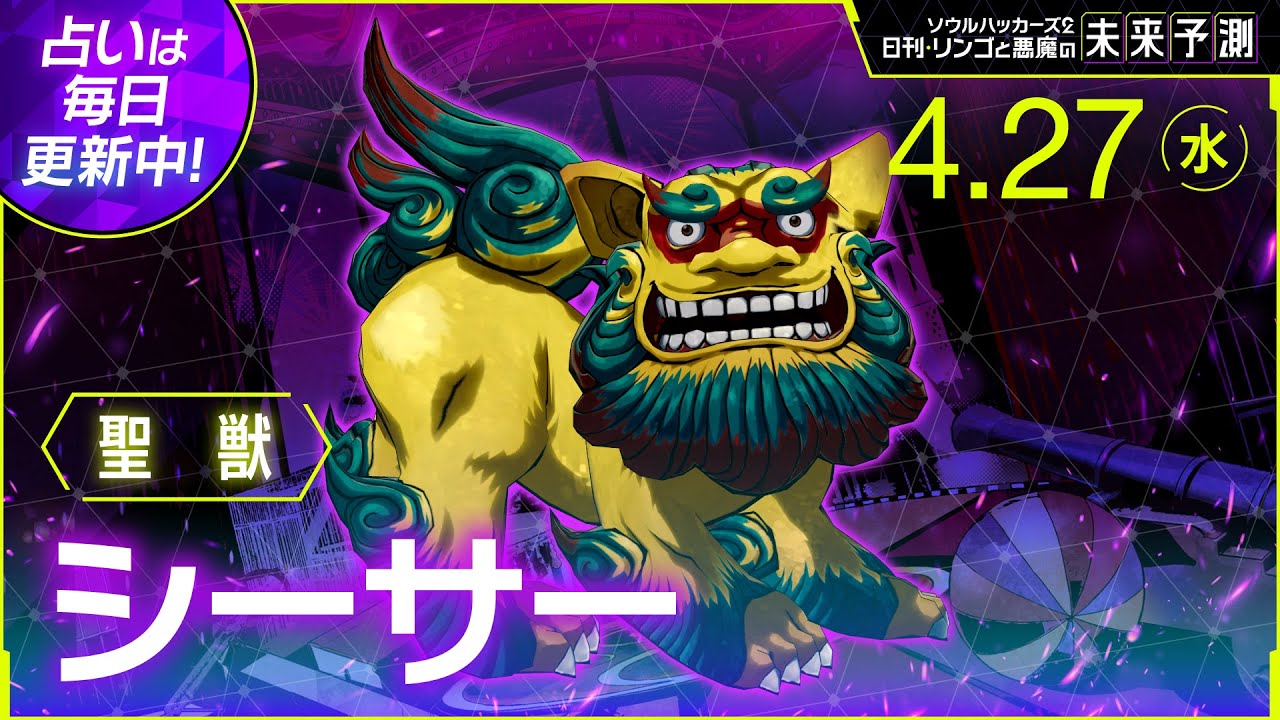 Today Atlus released another of the daily trailers for its upcoming JRPG Soul Hackers 2, showing off one of its demons.This time it's Sisa, who appropriately made his debut in the original predecessor Soul Hackers Devil Summoner.He also appeared in the latest game in the Shin Megami Tensei V series.As usual, the trailer also includes a daily horoscope ranking the signs from the luckiest to the unluckiest.Capricorn is at the top, while Libra is at the bottom of the fortune ranking.Soul Hackers 2 comes out for PS5, PS4, Xbox Series X|S, Xbox One and PC (Steam and Windows Store) on August 26, just one day after its Japanese release on August 25.