Destructure: Among Debris is a post-apocalyptic mix of arcana, air hockey, and bullet hell about the Round Shit of Destruction 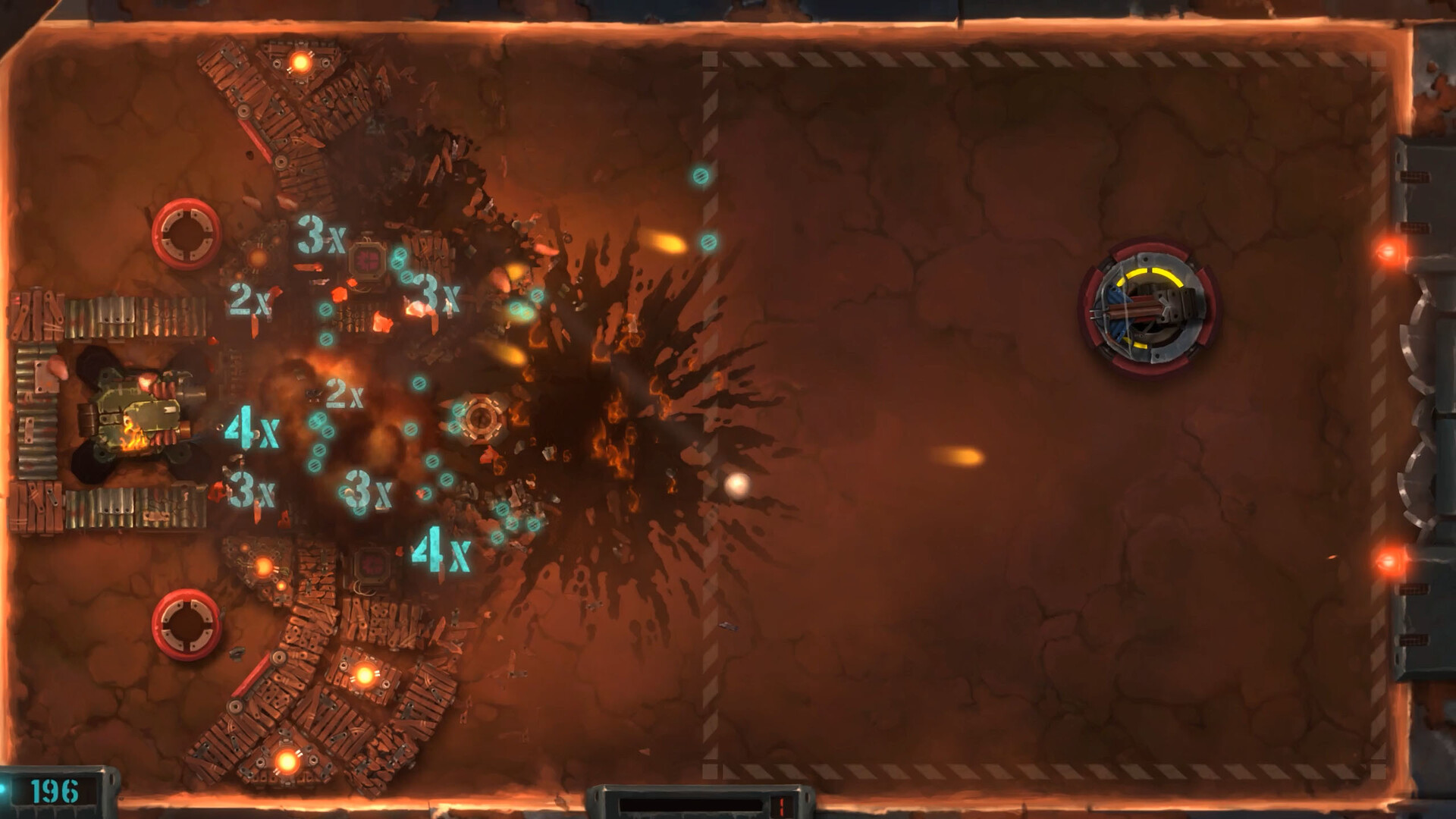 The arcana genre (the one where you destroy blocks by kicking a ball with your platform) is not popular these days.And if you add elements of air hockey and bullet hell, will it interest the modern gamer? Anyway, we get Destructure: Among Debris - a genre cocktail from RockGame Publishers and Team Instant Defeat studio.Events will unfold in a post-apocalyptic world, and you will be managing a Round Shit Destruction (yes, that's the name).It seems the plot here is just a pretext for the gameplay: after some destructive event all that's left of the world is piles of rubble and debris, abandoned buildings and evil automatic turrets, your mission is to finally clear the world of this cluttered mess.Actually, the basis of gameplay is taken from Arkanoid.You can move in all directions from air hockey, and from bullet hell - darkness of enemy's shells on the screen.What else is there:Levels give a pushback.After the destruction of a certain number of buildings appear turrets, pouring you bullets, missiles, lasers, and more.From the wreckage of buildings sometimes fall out reinforcements or weapons, including flares and laser.Also need to catch the blue stuff - local currency, which is spent on upgrades and tools, including \"the blessing of Zeus,\" suicide turrets \"and\" napalm rain \".Destructure: Among Debris \"come to Steam, when - is unclear.Text localization in Russian is present.In the summer, at the festival \"Games to Be\" a demo version of the game will be available in the Valve store.