Details about the new mode for Call of Duty: Warzone, where Godzilla and King Kong will appear, have been revealed 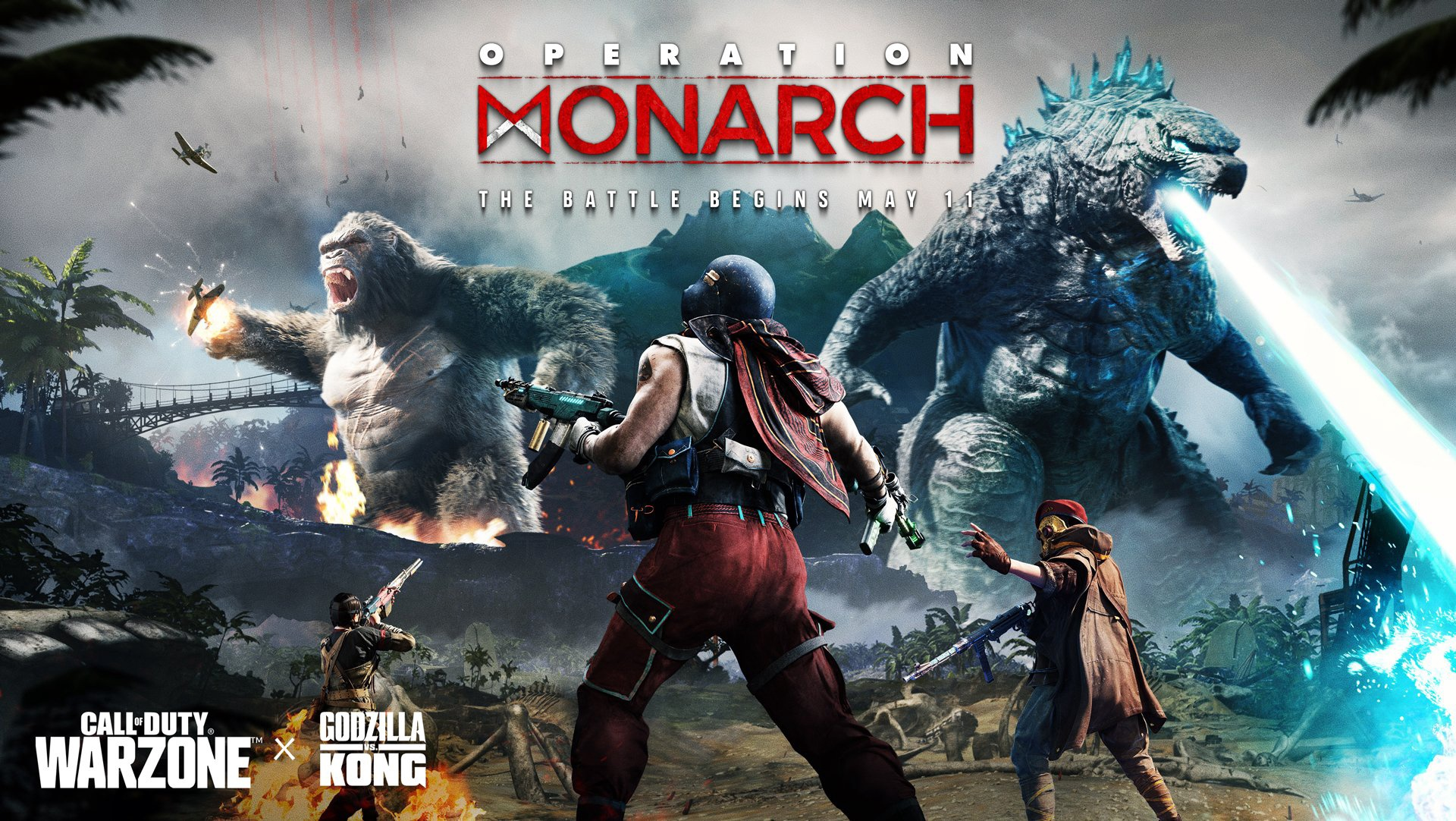 Activision has revealed more details about the massive crossover of Godzilla and King Kong in Call of Duty Warzone.Apparently, the huge monsters in the battle royal will not become trivial scenery, and take an actual part in the battle.See King Kong and Godzilla can only be seen in a new time mode called \"Operation Monarch\".Players will once again have to go on a dangerous sortie, but will have to survive in a large-scale battle between two giants that destroy everything in their path.During the match, as usual, it will be possible to search for useful prey and eliminate their rivals, as well as find a special device.With the new device, the player can temporarily take control of one of the monsters, using the unique abilities of Godzilla and King Kong.The start of the large-scale event in Call of Duty: Warzone is scheduled for May 11.