Dragons, to take off: Blizzard announced World of Warcraft: Dragonflight 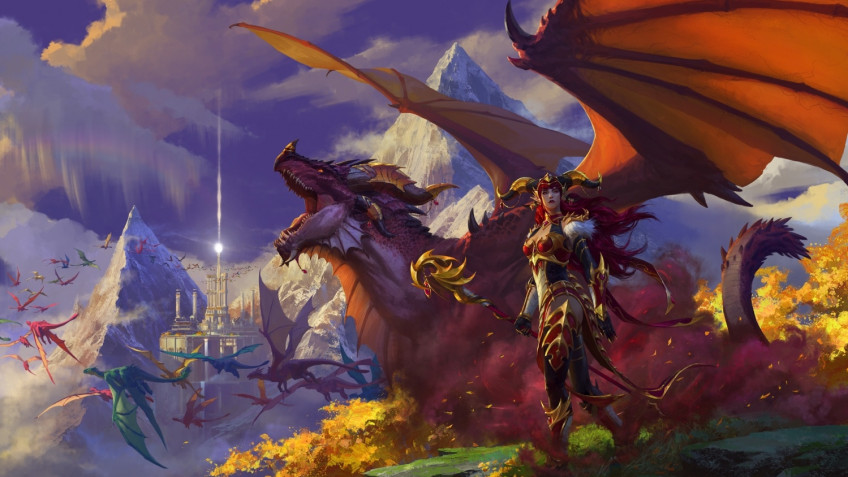 Blizzard, as promised, presented the upcoming add-on to the legendary online role-playing game World of Warcraft.Surprise, however, did not come: as with previous additions, information about Dragonflight appeared online in advance.In the game we are waiting for a new continent, Dragon Islands, an ancient home of dragons, which has been hidden for a thousand years.These lands have been long sought by Black Prince Gnevion, so a new meeting with him will surely await us.But the central figure of the add-on will be Alextrasa.We will get to know the dragons protecting Azeroth closer and the guardians of their lands.And including \"from the inside\": a new race, drak'tir, will be dragon-like.The Drak'tir race will be neutral, like the Pandaren.Players will finally be able to start their adventures over again, playing as a new class.Class Evoker (Summoner) is only available drak'tyr, he wears a chain mail, has dark magic and can specialize in healing or long-range combat.Company assured that the work on the add-on led, based entirely on the wishes and requests of players.And Dragonflight will continue to give players the opportunity to play as they wish.In particular, the community has long been dissatisfied with the talent system - and now announced their global redesign.Since the addition is dedicated to dragons, then the players will also be given the opportunity to learn how to fly dragons.We'll have a fully customizable dragon companion, and we'll be able to grow it, while improving our own art of riding.This time flying will be open from the start of the add-on.At the same time Blizzard announced a new expansion for the classic version of the game.The launch of Wrath of the Lich King Classic worlds will be this year, but the exact date hasn't been announced yet.Dragonflight pre-orders will start immediately after the presentation.Supposedly the add-on will be released by the end of 2022.