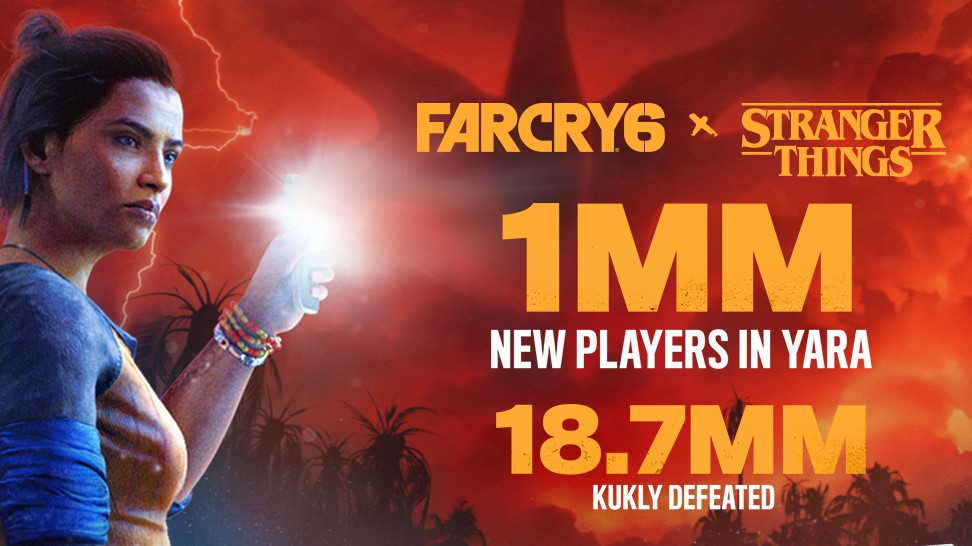 Ubisoft revealed how the March 24 DLC with \"Stranger Things\" series had a positive effect on the game.Here are a couple of curious facts about the statistics, which can boast the game a month after the release of the add-on: In the Yar there were 1 million more players; Players destroyed 18.7 million Kukly enemies; Called Guapo 130 million times; Called Oluso 50 million times.It is worth noting that immediately after the release of DLC with \"Very Strange Things\" series, the game started a free weekend, which allowed everyone to try the new addition.Far Cry 6 was released on October 7, 2021.The game appeared on Xbox Series, Xbox One, PlayStation 5, PlayStation 4, MS and Google Stadia.The game is currently available for free to all Ubisoft+ subscribers.After the release, several major DLC for the game was released.