In Horizon Forbidden West, you can find God of War-related Easter eggs 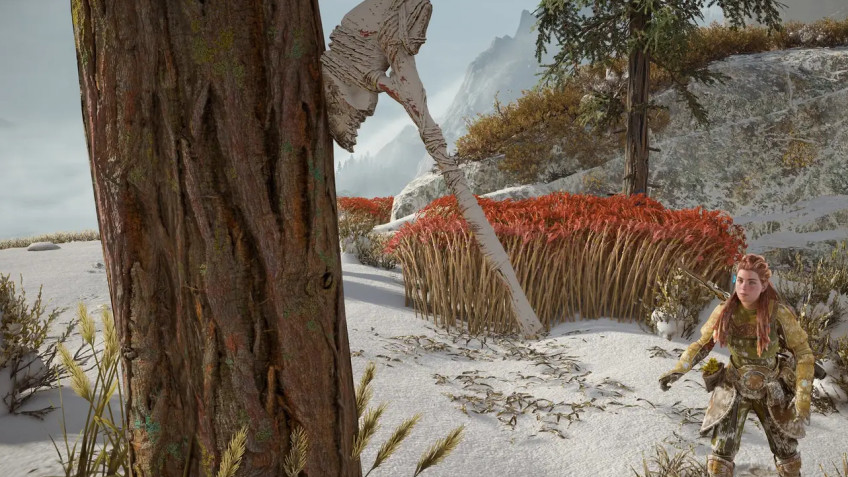 Guerrilla Games has added several Easter eggs in Horizon Forbidden West related to God of War, the creation of Santa Monica Studio 2018.For collecting all three wooden totems you can get access to a unique cosmetic bonus for Eloi - the legendary Mark of War face paint, which Kratos wore.Developers have shared some details related to the location of figures.So, not far from the beaten path, Eloi can stumble upon an axe stuck in a tree.If you scan this area, you can see the path to an abandoned hut that resembles Kratos' home.Inside, Eloi will find a small Totem of War, which also resembles someone.The Totem of Youth is not far from the famous landmark.Here Eloi will meet a fierce machine - it resembles the creature Kratos saw in Helheim.Finally, the Totem of Brotherhood (Totem of Brotherhood) is located in a place that resembles a cauldron - a reference to Brock and Sindri's forge.The developers chose this location because the Huldra Brothers are the Scandinavian equivalent of the Greek god Hephaestus - the namesake of the artificial intelligence in Horizon Forbidden West.These Easter eggs received no markers on the map or connection with the quests.Guerrilla Games wanted them to be harder to find than other collectibles.