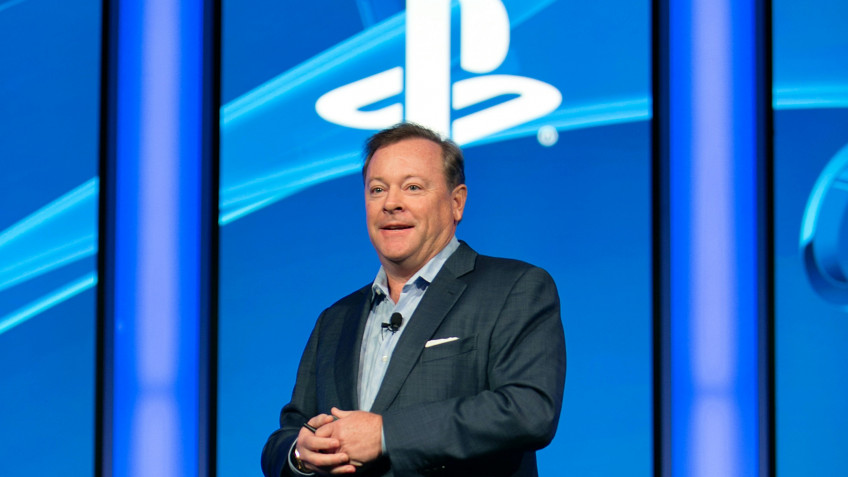 Jack Tretton, former head of PlayStation's U.S.division, shared his opinion on various trends in today's gaming industry, including studio buys, E3 game services and more.Tretton called 2022 \"the most amazing year for acquisitions\" he has ever seen.He believes the positives in studio buying situations \"far outweigh\" the negatives.\"The positives are that it brings attention to an industry that is already valued at $200 billion and still growing.Those numbers are twice the size of the movie and music industry's box office receipts combined.But I still think you'll find a lot of people who don't realize how big, complex and popular entertainment field is gaming.\"Speaking of the recent big Microsoft and Sony deals, Tretton doesn't share the view that the companies are competing with each other for acquisitions.There was definitely competition in the past, but now both Microsoft and Sony have grown significantly, so they pursue their own goals through personal strategies.\"We tried to compete with Microsoft, and it was very much like winning through competition - to counter-strike, to create an obstacle to what they were doing, but I think that business has gotten so big that that's no longer true.\"Tretton noted that Microsoft and Sony can be attributed to the same business thinking, but Nintendo has always played by its own rules, so it certainly cannot be accused of imitation.What to He said that the desire to keep his IP in one place has now been replaced by a desire to do things that \"make the most sense and help increase profits.\"Tretton left his post at a time when games-services began to truly take over the industry.He admitted that it's important to him that such projects can provide a great gaming experience for users.\"If it's extortionate money or an attempt to resell old content, they (such games) are not going to succeed.\"Users also rely on how much entertainment they get for every dollar they spend.Therefore, console manufacturers must keep their controller in the hands of the consumer by showing them the appeal of service games.Tretton is sure that in such a relationship both sides must be happy, otherwise nothing will work.As for cloud gaming, Tretton admitted that he always saw the potential in it, but did not expect such rapid development.At the time, Sony decided to buy Gaikai, and Microsoft took the position of observer.\"Sony made a pretty significant investment to get into this business and gain an advantage by being a trailblazer.Microsoft's position was more of a wait-and-see approach, and I think the big question is, did being a trailblazer really help Sony? Did it hurt Microsoft? I think the reality of the situation is that it certainly didn't hurt Microsoft.\"According to Tretton, today is \"a pretty good time for cloud gaming.\" He also praised the development of Nintendo's service.With great fondness, the former head of the U.S.PlayStation division recalls E3.Tretton said that in 1995 the event felt like a real \"coronation for the industry.\" For ten years, it was a celebration with flashy parties, big rock bands and a lot of press from around the world.Then everything changed, and companies felt that a lot of money was being spent on PR and the event for journalists.Tretton admitted that he was very disappointed.After a while, E3 became a big event again with press conferences by major publishers, important announcements and other news.\"If you had a good performance at E3, you had a good year, and if you had a bad performance at E3, it was a tough year.There was a lot of pressure, but I really enjoyed it.\"Now Tretton doesn't consider E3 to be as valuable and necessary an event as it once was.However, games still need their own iconic event - like the Grammys for music or the Oscars for movies.Tretton believes that a complete end to E3 would mean \"a loss to the industry and a loss of the opportunity to really celebrate and trumpet all the innovations and great things associated with it.\" As for individual presentations like State of Play or Nintendo Direct, Tretton believes that their success may depend on the companies' financial capabilities.Tretton also recently recalled the best and worst moments at E3 with his participation, as well as the 2011 PSN hack and the failure of PS Vita.