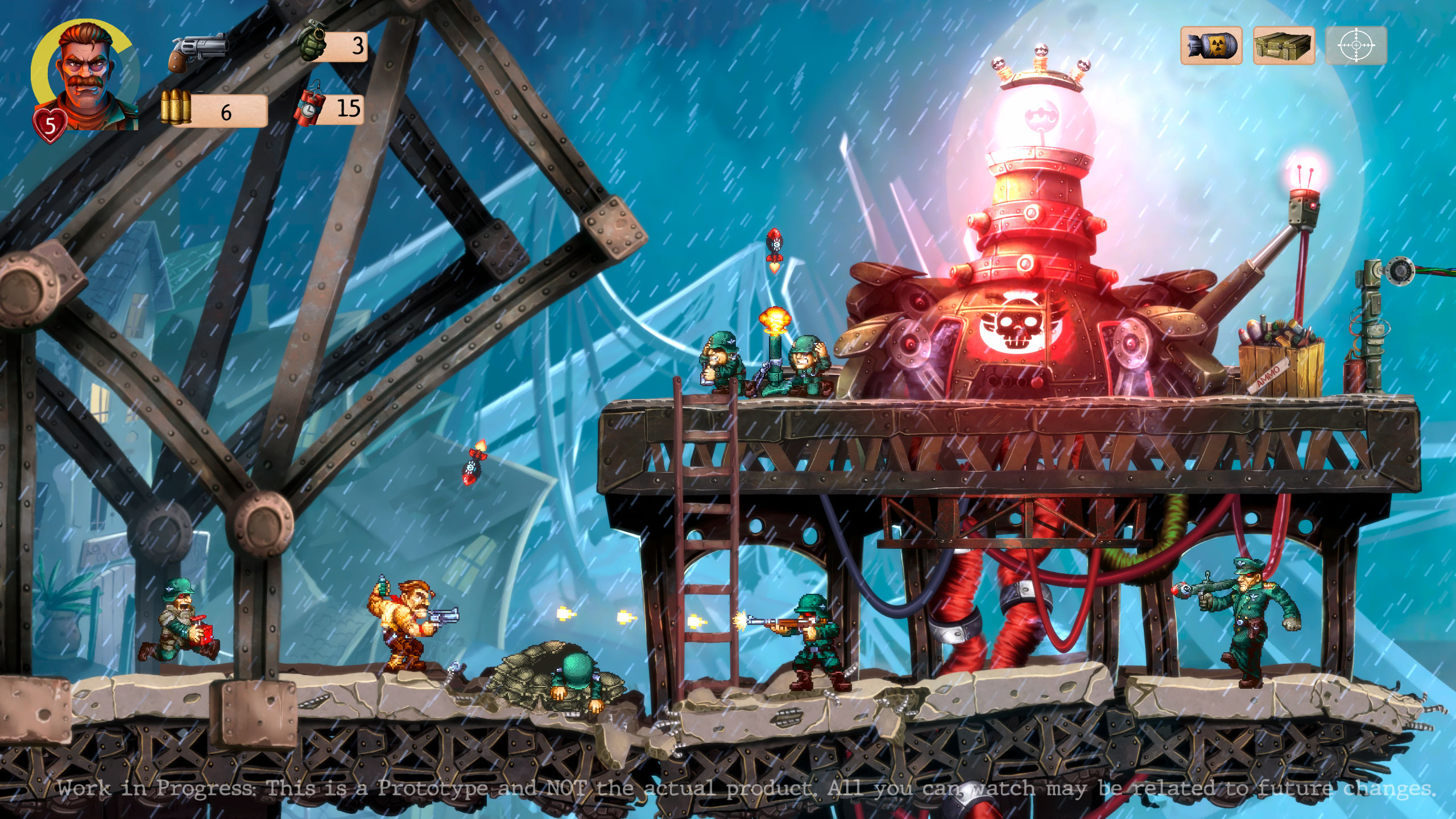 Mansion Games announces today that the Kickstarter campaign for its upcoming 2D game Operation Highjump: The Fall of Berlin reached its funding goal in just six hours.Operation Highjump: The Fall of Berlin is a story-driven 2D run-and-gun game that combines the crazy and platforming parts of the genre classics, while also adding puzzles and tactical missions.The developers have released a new gameplay trailer celebrating the campaign's success on Kickstarter.Operation Highjump: The Fall of Berlin lets players control Joe Kawalski on a journey where he has to defeat countless enemies and face powerful evil bosses.Solve diabolical puzzles, enjoy dashing platformer sections, and collect power-ups and all sorts of useful items in this two-dimensional run-and-gun game.The madness of Metal Slug, the puzzles from Lost Vikings, the tactical missions from the commando saga and the narrative in the classic Indiana Jones movies make up the DNA of this game.The game will be released on PlayStation 4, PlayStation 5 and PC on Steam.