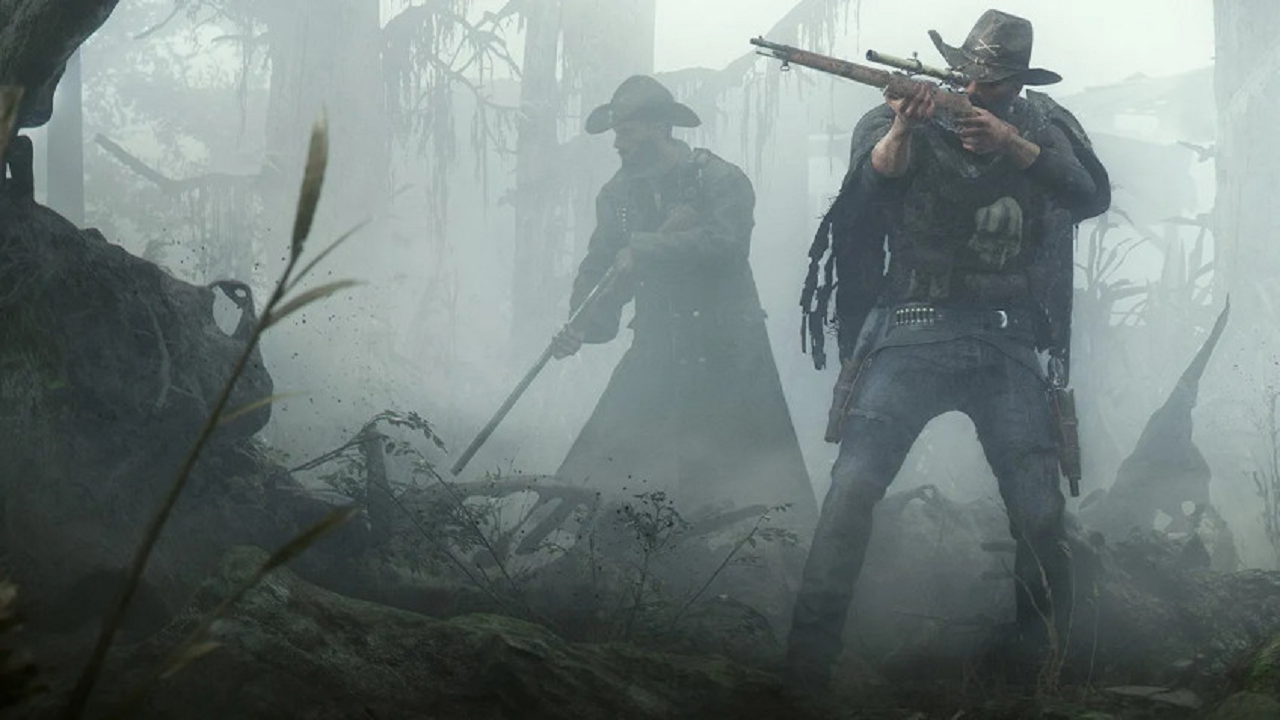 Hunt: Showdown is a multiplayer PvPvE game, which means there are AI-controlled enemies scattered across the bay where you track down rival bounty hunters.For the most part, these NPC enemies don't pose a serious threat - if you see a zombie, you deal with it with a couple of quick stabs or brass knuckles.However, with the release of update 1.8.1 of Hunt: Showdown you will have to approach these undead foes more carefully.The next major update of Hunt: Showdown will have armed versions of the zombie gromyls that roam the haunted bay.There are several options: they can hold either a rusty pistol or a flashlight, which can be either lit or unlit.In both cases, you have to proceed with caution - not so much because they are a big threat in themselves, but because sound is very important in the game Hunt.Here's the important thing: if the zombie holding the broken gun manages to hit it, the gun will go off.The bullet won't hit anything, but the sound of the shot will be heard by all the other bounty hunters on the map, allowing them to pinpoint your location.Gromis with flashlights are less of a problem for stealth, but if they manage to hit you with a lit flashlight, you will be doused in oil and set on fire.Unlit flashlights simply shatter, dousing the hunter with oil (which can then be set on fire).Fortunately, you can make him drop his weapon by hitting him on the hand he's holding it in.Dropped lanterns can be picked up and used, which is a handy feature, and it can create new opportunities to deliver fire sources to remote areas of some maps.Update 1.8.1 also adds a new daily quest system, which you can check out in the trailer below.The update should arrive on the Hunt: Showdown test servers next week, and will hit the real servers sometime after that.It includes a wide range of updates and improvements, including a fix for the Romero shotgun aiming bug and new sound effects for casings falling to the ground - different effects for different types of ground and floor cover, further adding to the eerie atmosphere of Hunt: Showdown.