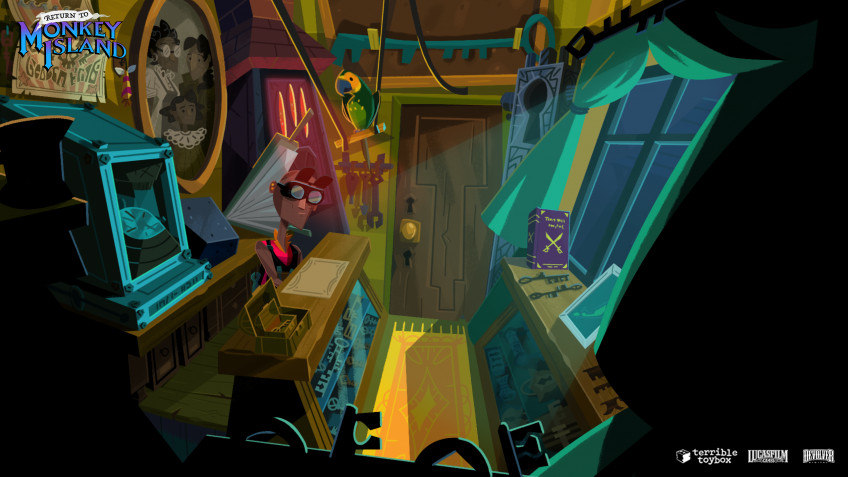 In early April, Ron Gilbert, the creator of the original Secret of Monkey Island, announced a new game in the series, Return to Monkey Island.Now, in a conversation with Ars Technica, the game designer gave some details about what's in store for players.As we remember, Gilbert was once going to make a hardcore game without hints.However, he abandoned that idea.According to him, the vague solutions approach won't work now: players stumbling upon an obscure puzzle will simply go online to look for hints and walkthroughs.A sense of frustration has become a more important factor.Players have much less time now, and they are not prepared for the kind of challenge they had thirty years ago.He doesn't agree to be stuck for more than five minutes.I play old quests with my son, who just turned eight.He may not be an indicator, but he's willing to spend about two and a half minutes analyzing options.Then he just says, \"Grab your phone, look for a solution.Search!\".Ron GilbertFor those who aren't particularly experienced in quests or just want a relaxed game, Return to Moneky Island is going to provide a casual mode like the one in Monkey Island 2: LeChuck's Revenge.In it, players will be able to get hints in difficult situations.However, Ron Gilbert and Dave Grossman want to make sure that the hint system won't distract from the gameplay.They aim for players to get more than the usual walkthrough, but it's not yet explained how that will work.It's also unknown if the new game will have a counterpart to Mega Monkey's hardcore mode with more puzzles.But we don't have long to wait for details: Return to Moneky Island is due out later this year.