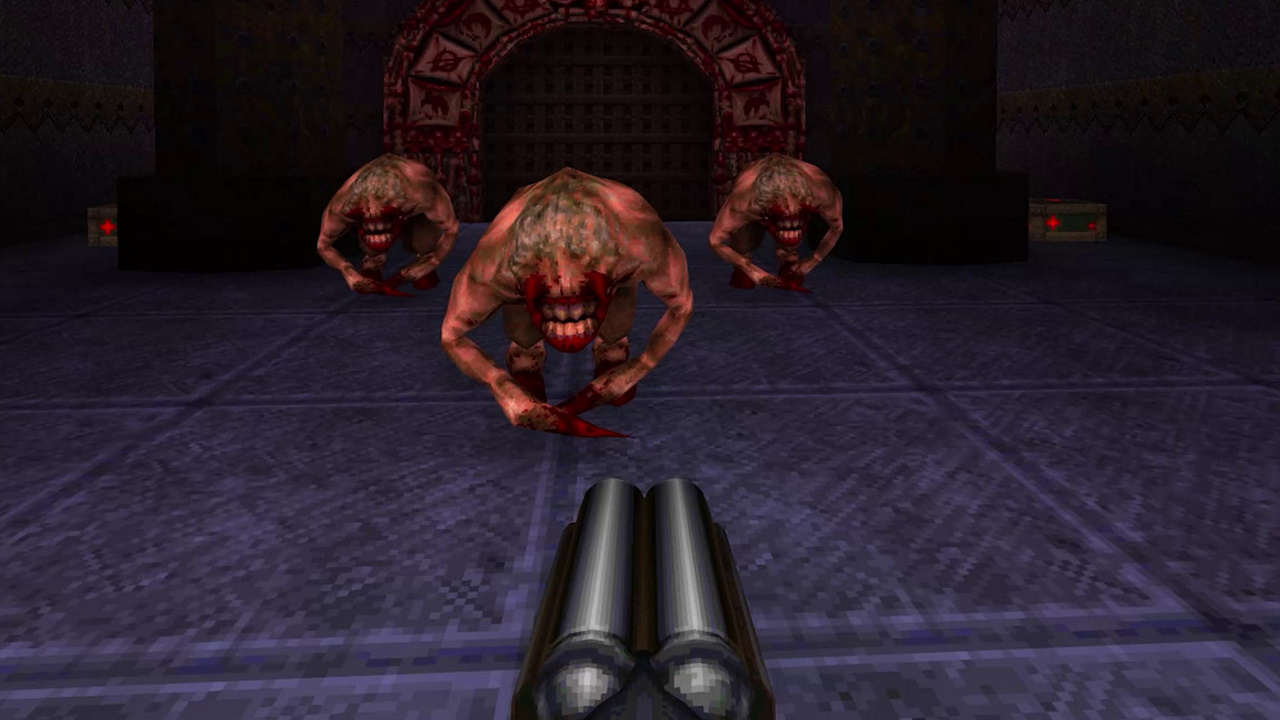 The Quake re-release has lived up to its third major update and has received another armful of new features - three fresh maps, a bunch of accessibility settings and lots of small but nice changes.The maps were created for Horde mode.They were designed by MachineGames - they have previously released two story campaigns for Quake, which are included in the re-release.Screenshots of the new maps for \"Horde\".And here are the options appeared in the accessibility settings: \"High Contrast\" - changes the background to improve readability interface.\"Alternate Font\" - changes the original pixel font to modern with improved readability.\"Read out text chat\" - a synthesized voice voices chat messages in multiplayer.\"Translate voice chat to text\" - your voice is translated into text and sent to chat.\"Speak for me in voice chat\" - your text chat is translated into synthesized voice and voiced to other players in the match.\"Flash frequency on screen\" - changes the transparency of effects to reduce the intensity of flashes.\"Message time\" in the center, corner and chat - changes the duration of messages that appear in the corresponding part of the screen.Maximum lines\" - changes the maximum number of lines for messages in the corner of the screen.A separate item in the menu allows you to enable or disable all accessibility settings at once.The update also made a number of changes, including:Rebalanced difficulty levels in Horde mode.Added option that disables automatic switching to selected weapons (may not work in some addons).In public multiplayer matches This includes the base game, Scourge of Armagon, Dissolution of Eternity and Dimension of the Machine campaigns, as well as the Horde mode.Various changes for modders have been made.