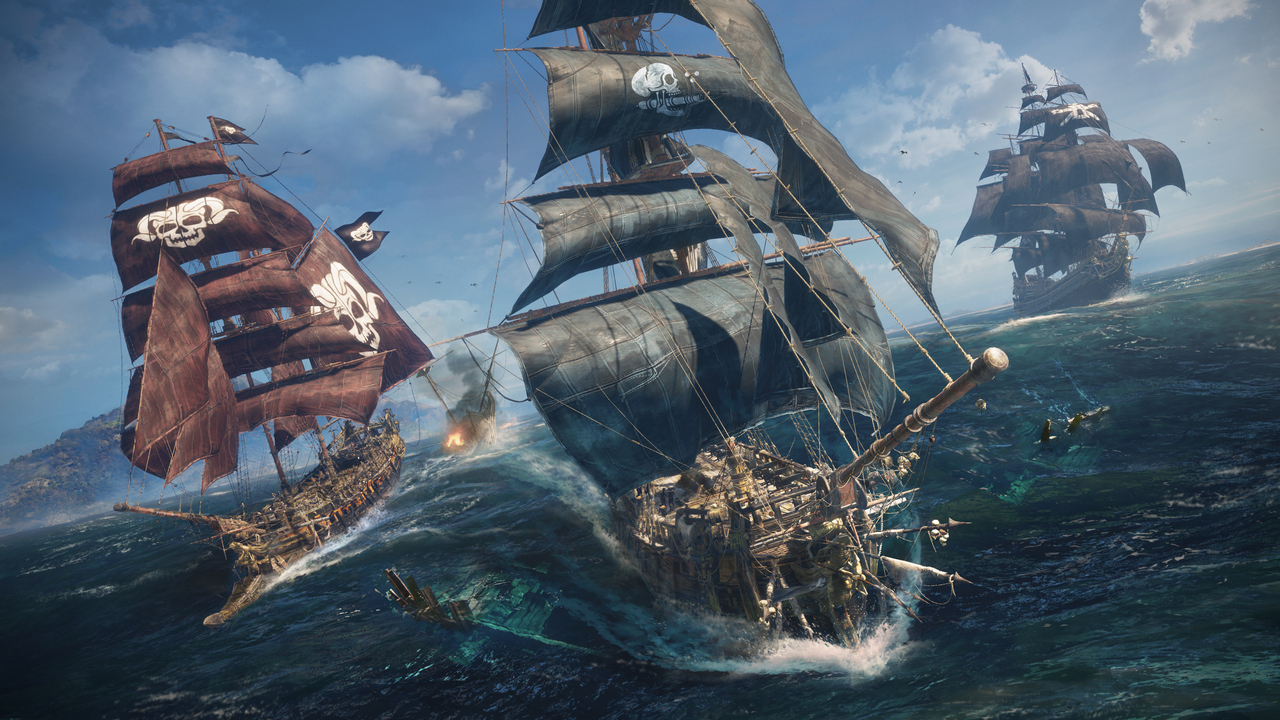 A review video about Ubisoft's long-suffering pirate action game Skull & Bones has been leaked to the web.From the video you can learn a lot of details.Entourage of the game - the Indian Ocean during the golden age of piracy.You begin the adventure as a young corsair and must earn fame as the most formidable pirate.At first you only have a modest single-mast dinghy at your disposal, but gradually more powerful ships will open up.On the Red Island you have a pirate lair where you can create new ships and equipment, stock up on provisions, take out contracts and communicate with other players.An important character indicator is Infamy: the higher it is, the more opportunities will be available to you.Infamy is awarded for fulfilling contracts, exploring the world, finding treasures, plundering settlements and participating in world events.Among the latter is an attack on a particularly rich ship that is escorted by warships.Some contracts can be passed by a company of up to three people.The appearance of your pirate is allowed to customize.During the long voyage, you need to monitor the condition of the ship and the mood of the team.The ship's \"health\" can be restored with repair kits, and the gradually dropping morale of sailors can be boosted with food and drink.If your ship sinks, you will lose some of the notoriety and be revived at the nearest lair or outpost.Most of your lost cargo will be recovered, and the rest can be taken from the wreck.But you'll have to hurry - other users are also allowed to collect sunken goods.There are animals in the lagoons and rivers that you'll be allowed to hunt for hides and meat.In addition, you will have to mine resources such as ore and wood.Materials are needed to craft ships, weapons, and furniture.Before you engage in naval combat, you should examine another's ship through the spyglass.If you sink the target, you will only get part of the cargo - it is better to go boarding.Fencing in the spirit of Assassin's Creed IV: Black Flag, it seems, will not be - in any case, in the video boarding is designed as cut-scene.In your duel with the enemy's ship can intervene privates controlled by AI or other users.All the content of Skull & Bones will be able to master alone - it is not necessary to find a single player.Skull & Bones should be released on PC, PlayStation and Xbox until April 2023.However, the release of the action game stuck in production hell, has been postponed more than once or twice - there is no guarantee that this time Ubisoft will meet the deadlines.