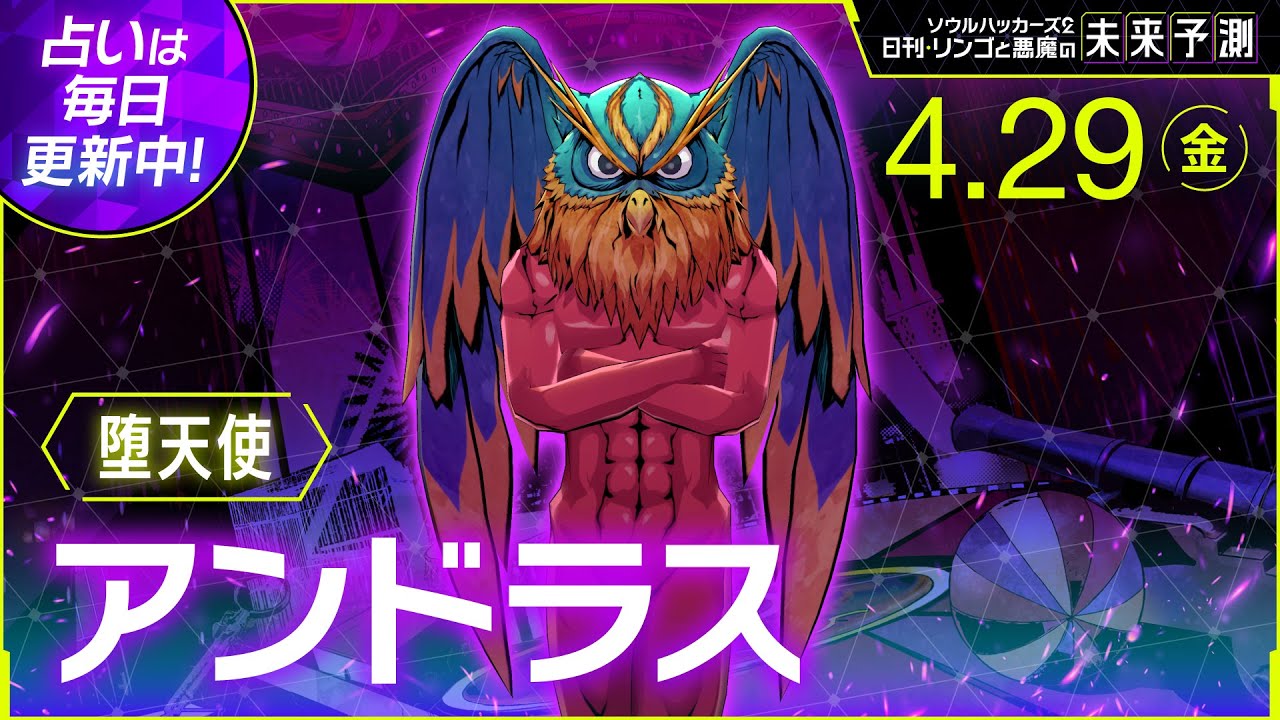 Today Atlus released another of its daily trailers for the upcoming JRPG Soul Hackers 2, showing one of its demons.This time we get a look at Andras, who has been a part of the Shin Megami Tensei series basically since its inception.He also appeared in the last game in the series, Shin Megami Tensei V..As usual, the trailer also includes a daily horoscope ranking the signs from the luckiest to the most unlucky.Pisces is at the top, while Aquarius is at the bottom of the luck rankings.Soul Hackers 2 comes out for PS5, PS4, Xbox Series X|S, Xbox One and PC (Steam and Windows Store) on August 26, just one day after its Japanese release on August 25.