\"The authors of Dune: Spice Wars underestimated the complexity of Dune\": first reviews of the 4X-strategy 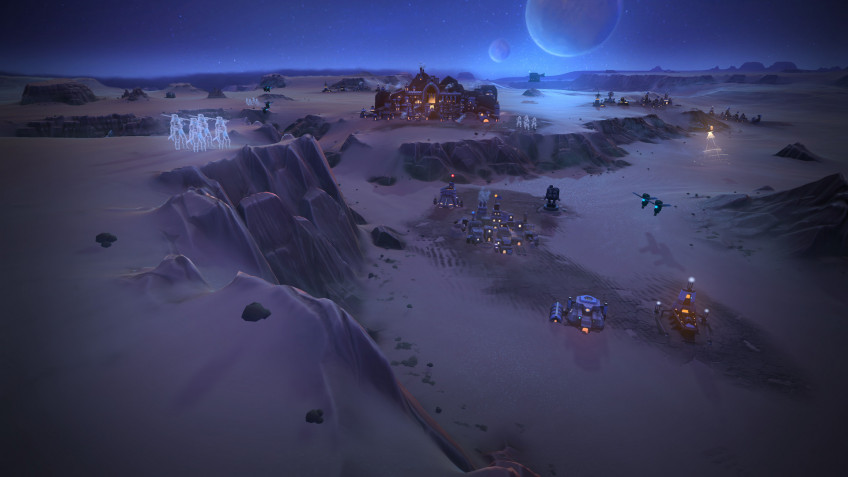 Tomorrow, April 26, a real-time strategy game with 4X elements Dune: Spice Wars releases in early access to Steam.And a number of gaming publications have already published impressions of the fresh version.Most of them are optimistic, but not entirely without problems the game could not do.As pointed out by critics, Dune: Spice Wars came out even more traditional strategy game than the previous work of the studio, Northgard.But there is nothing wrong with that, taking into account the balance of mechanics, political influences and environmental factors.There are a number of problems with balancing victory conditions and espionage mechanics, there are also small bugs typical of early access.But Dune: Spice Wars is a tiered, smart, overall well-balanced real-time strategy game with a wide variety of factions, and it looks more or less complete even in its current state.The map looks great and forces you to decide the fates of its deadly locations and even deadlier inhabitants.And most notably, the plethora of complex game systems doesn't make it feel overwhelming.IGNDetails of Dune: Spice Wars show that the developers were aiming for an audience of \"Dune\" fans.But those who haven't spent years studying Dune II, Dune 2000 and Emperor: Battle for Dune may find the new strategy game intimidating.The challenge wouldn't have been so difficult if Shiro Games had seen fit to add proper tutorials.Instead, at the beginning of your first playthrough, we're given a set of slides you can click on to hear how everything works.However, understanding the abundance of different systems and menus is only helped by a more interactive tutorial.Moreover, the first few minutes in this game are crucial.And while you're reading the tutorial, the other three armies are already taking over the second Spice field.SpiceBut if in terms of game mechanics Dune: Spice Wars brings nothing new, but it looks like a solid traditional strategy game, the transfer of the iconic setting causes the most complaints.The creators treated the world of \"Dune\" as the \"Lord of the Rings\" or Warhammer, because of which the main thing is missing from the plot: the moral conflicts and their consequences.\"Dune\" is complicated.Two extremely talented filmmakers had to fail before the third one finally presented a vision consistent with the principles of Herbert's book.His book is not only an epic work of fiction, but also a rich dissertation on fascism, religion, humanity, politics and environmental protection.This makes \"Dune\" more like a novel by Jean-Paul Sartre or Albert Camus than a Tolkien fantasy.You cannot simply remove the philosophy from Herbert's text and expect the essence to remain the same.The lack of narrative kills the game's ability to convey aspects of religion and humanism.The world is presented as harsh and unforgiving, but there is no understanding of what life in this world is like, no moral conflict that you must experience exploiting people in this way.In Spice Wars you just take over cities and then send people to work.The resources are there, there is no guilt.