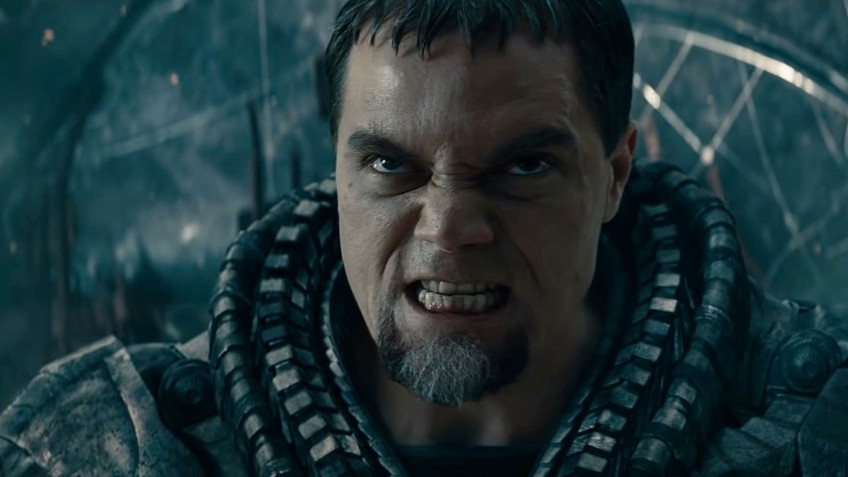 At CinemaCon, Warner Bros.Studios not only announced a sequel to \"Batman,\" but also showed excerpts of the new DC films.They are not online, but visitors told about the content of the demonstration.For example, a clip on \"The Flash\" showed Batman in Michael Keaton's version, who lives a reclusive life in a mansion.In another moment, seven different costumes of the hero appeared, and in the video there is a motorcycle reminiscent of the equipment from the films of Christopher Nolan.In addition, there is a reference to the original \"Batman\" by Tim Burton, in particular, the phrase \"You wanna get nuts? Let's get nuts\".Also appearing in the trailer is General Zod, played by Michael Shannon from Man of Steel, who reprises his role as the villain.It seems to be an alternate universe version of Zod, since he was killed off in Man of Steel, and there have even been rumors that in that version of the universe Superman was killed off when he was still a baby, leaving the job of saving the world to Supergirl, played by Sasha Calle, as a result.In the sequel to Aquaman, the main character will be forced to team up with the Lord of the Sea (Patrick Wilson) to stop Black Manta (Yahya Abdul-Matin II) and his army.Moreover, it seems that the villain has gained dangerous new powers.In addition, the film will feature new kingdoms and characters - the picture itself will be released on March 17, 2023.The show also showed an excerpt of the sequel \"Shazam!\" - The clip begins with the hero's fantasies of supposedly getting on a date with Wonder Woman.Then the Wizard from the first film brings him back to reality, reminding him of a new threat - Atlas' daughters.There are glimpses of some dragons in the video, and toward the end, the superhero tells the villain, played by Helen Mirren, that he is a big fan of \"Fast and Furious.\" The picture will be released on December 16, 2022.In addition, visitors could see excerpts of \"Black Adam\" - in the video, Dwayne Johnson's character communicates with Dr.Faith (Pierce Brosnan).He tells him that he was once \"a slave reborn as a god.\" Adam then destroys some mercenary helicopters and catches a rocket with his bare hands.He tries to stop Hawk Man (Aldis Hodge) with the phrase that \"heroes don't kill people,\" to which Adam replies: \"And I do.\" The film is scheduled to premiere on October 21, 2022.  More on Gameromania Business gas pedal Appodeal recruits mobile game authors from Eastern Europe NFL star says he's already seen Modern Warfare 2 Microsoft report: Xbox Series overtakes PS5 in sales, profit and revenue soar