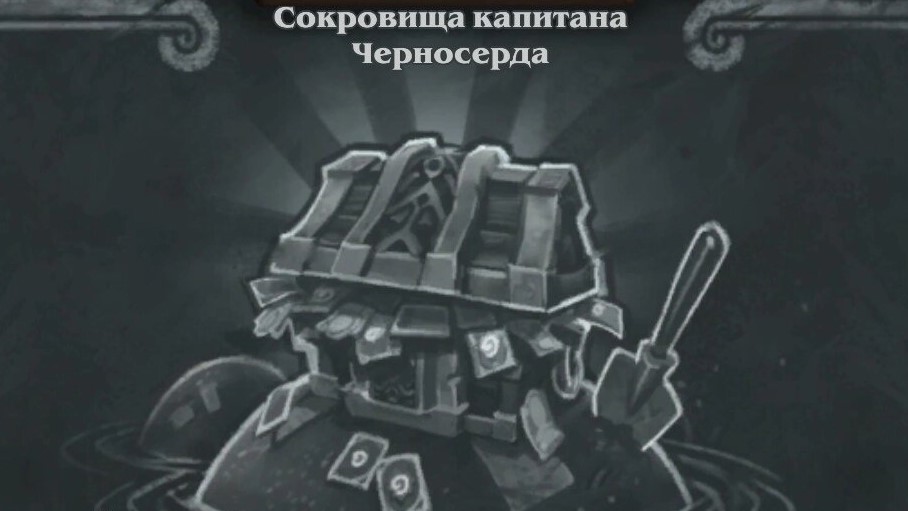 Scuffle Description: Treasure, treasure from the captain to one and all, especially you! Each turn, open a chest containing three random cards and put one of them in your hand! Captain Blackheart in this Scuffle is one of two heroes familiar from World of Warcraft or Heroes of the Storm.The first version is a ghost dwarf named Eel Blackheart, located in the Shimmering Spaces area.The second possible \"candidate\" after whom this Scuffle is named is actually Captain Chernoserd from HotS.He's also a ghost.Features of the event:Reward: Standard set of cards.Format: Freestyle.No deck to assemble.How to play.Your deck consists of pirates 2/3.At the beginning of each turn, in addition to the topdeck, you will unearth a card.It's best to choose something you can play right now.You can get greedy when you're already way ahead on the table.Don't forget about pirate synergies, since the tokens in the deck belong to this race.Fetching cards on this Sweat won't do much good, since not very useful pirate cards will come in.This is an argument in favor of choosing expensive creatures.Better yet, don't expect to get any synergy if you dig the first or one of its first components.It's not at all certain that you'll be able to get another part of the combination.Interesting Facts:The first Scuffle of Captain Blackheart's Treasure was supposed to coincide with the Explorers League, as this adventure was supposed to have the first appearance of the Excavation mechanic, but due to technical issues they decided to postpone it to a later date.This is the ninth appearance of Scuffle in the game.The first Excavation is not entirely random.You will always get two creatures and one spell.And you won't be able to guess which card of the three is a spell if you look at your opponent's dig.If your hero is replaced by Ragnaros, you will only dig neutral cards.You will not be digging up any spells.