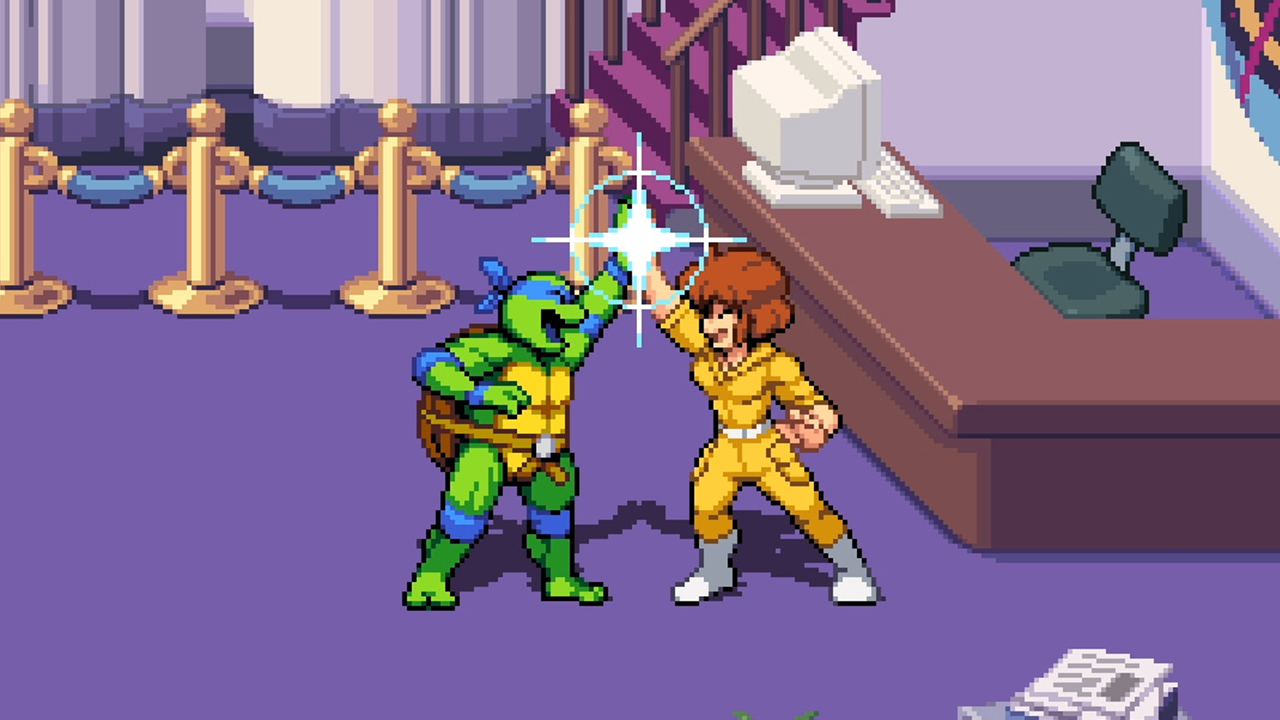 Teenage Mutant Ninja Turtles: Shredder's Revenge brings the \"old-school\" together with its genre identity and setting, and now the voice cast will be added to the list.The actors who lent their voices to the Turtles in the classic 1987 animated series will return to their roles.Also available is 11 minutes of gameplay.The video captures the passage of the first two levels - the studio of Channel 6 and the streets of New York.First Leonardo and Michelangelo went into battle, then they were replaced by Donatello and Raphael.At the end of each stage a boss awaits.In the TV studio, the turtles encountered the boar Bebop, and Rocksteady the rhinoceros got his cap in at the end of the second level.The action is not limited to the battlefield, as there is constantly something going on in the background.Warriors clan Legs then sit down at the office computers, then try on the role of the participants in the cooking show.Recall, beat 'em up supports both single player playthrough, and in the company of four people online or offline for one device.TMNT: Shredder's Revenge will be released on PC (Steam), PlayStation, Xbox and Nintendo Switch summer 2022.Earlier, April O'Neil and Master Splinter had their show matches.