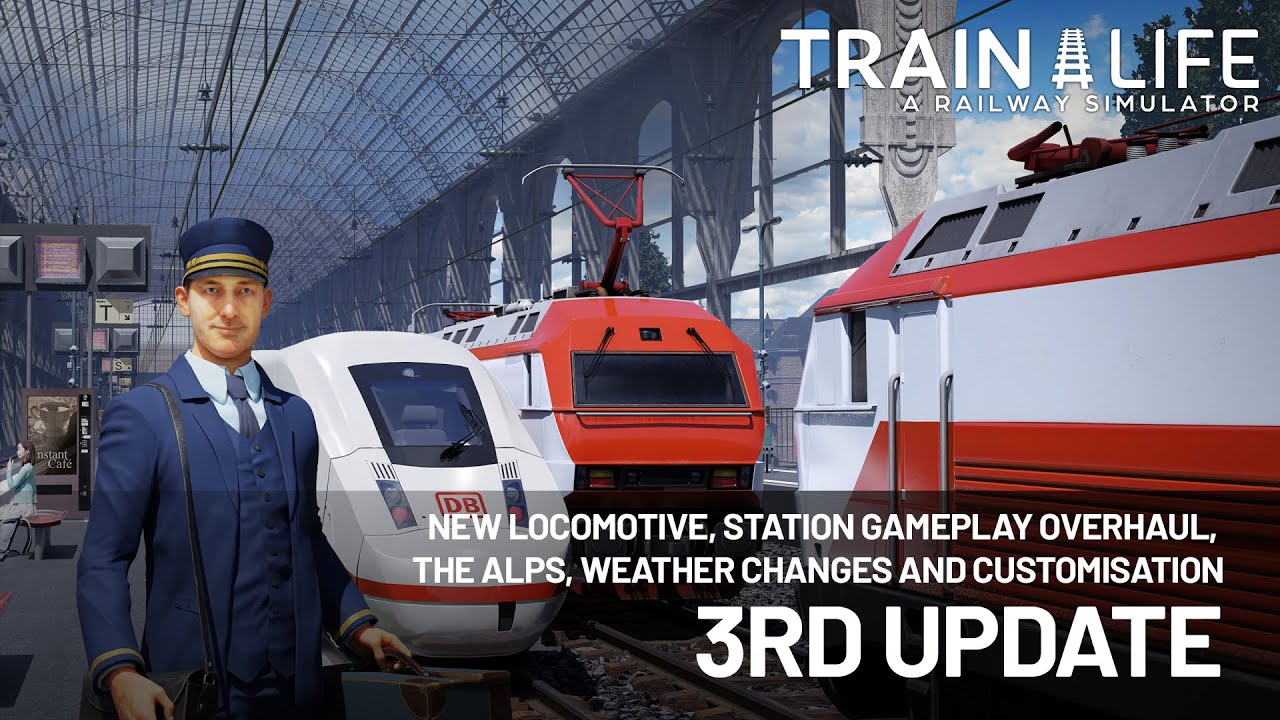 Eight months after the early access launch, Simteract Studios has released a new update for the train simulator Train Life: A Railway Simulator adds more content and new features in anticipation of the final game launch, now scheduled for July 2022 on PC and soon after on consoles.The update will add the new Newag Griffin locomotive.This series of vehicles, which transport both passengers and cargo at speeds up to 200 km/h, was first produced in Poland in 2012.Also, Train Life has new ways to customize locomotives, such as painting the body in brand colors and adding various decorative elements in the driver's cabin (statues of European monuments, bobbing heads, plants, etc.).Also, a new region was added: the Alps.Now you can drive along the track along snow-covered mountains.To add more realism and make the game more exciting, climatic conditions have been added to the game.You must now consider the weather when safely transporting cargo and passengers.Train Life: A Railway Simulator is already available in early access through Steam and the Epic Games Store.