World of Warcraft: Dragonflight will not have a team table and unnecessary grind 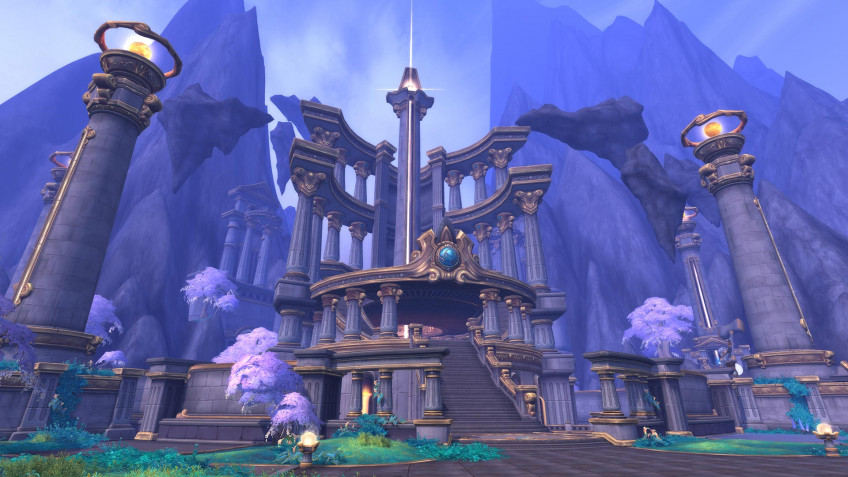 The developers of World of Warcraft: Dragonflight held a special Twitter roundtable, which was attended by the game's director Ion Hazzikostas and lead designer Steve Danuser.During the conversation, they told a lot of new details about the upcoming add-on.One of the most unexpected news was that Dragonflight is not going to introduce the usual command table, through which we have been sending friends on missions since the garrison in Drenor.In Shadowlands they tried to rework it by making it more interactive and complex, but most players did not use it without special modifications, so further attempts, it seems, were abandoned.But the covenant mechanics justified itself, so it will be used in the Dragon Islands.There we will meet with various dragon packs, acting as factions.But now we can develop relationships with them in parallel, and some of the loot will apply to the entire account.Dragonflight will provide even more solid support for secondary characters.Almost all progression systems, including reputation with factions and dragon riding skills, will apply to all alts.As in Shadowlands, once the main character completes the story campaign, subsequent characters will be able to skip it.But it is not yet known whether they will be offered an easier way to gain experience in return than in the Darklands.The starting zone Dragonflight, Forbidden Island, will be available not only to draktir.As for the other races, after the Isle of Exiles newcomers will, as before, go to the Battle for Azeroth add-on.The developers decided that the Shadowlands theme will be too difficult for them.With their own dragon players can get acquainted fairly quickly, in the first zones of the add-on.At first you can fly for a short time, but with the training stamina scale will increase, and the flight on the dragon will be full-fledged.Perhaps over time, riding a dragon will be allowed outside the Dragon Islands.Alliance and the Horde will work together again, although some tension between them will remain.One of the main characters will predictably be Gnevion, and because of the past Alexstrase for the Knights of Death prepared some alternative dialogues.For the add-on preparing an epic finale with the participation of many characters.Draktiry, a representative of the new game race, at first will only use the dragon's appearance.But over time they will have to resort to the human form, especially for the interaction with a number of NPC.Draktiry will be available Torgast and the possibility of Chromi Time, but artifact weapons and appropriate class strongholds for them are not provided.At least at first they also will not be allowed in the Tower of Mages.Work on Dragonflight is already well advanced, and very soon will begin alpha testing add-on.But Blizzard has not announced any dates.