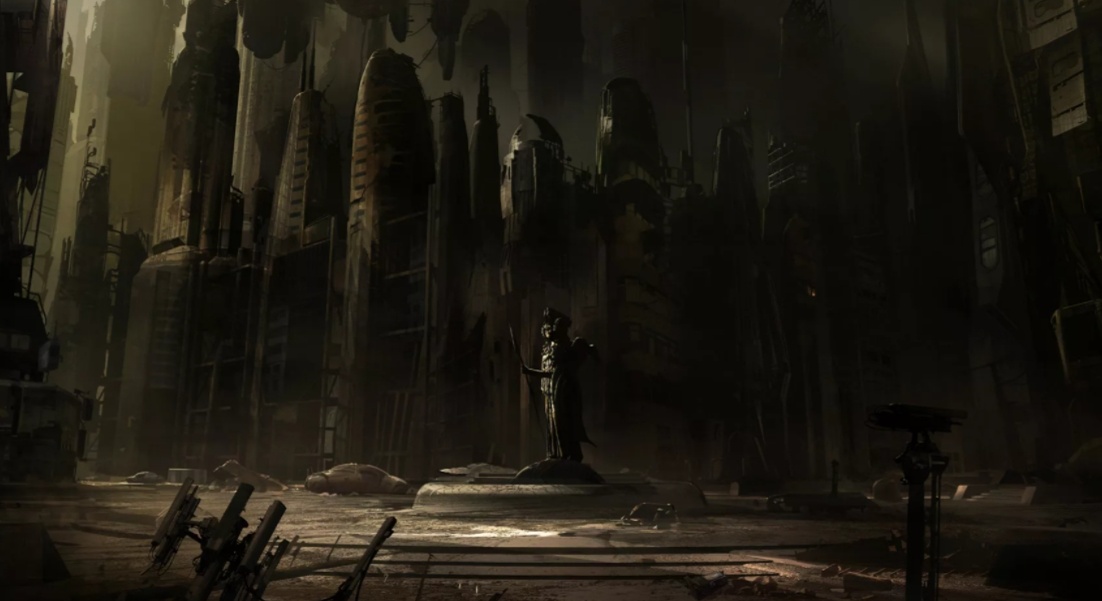 The plot of \"Rebel Moon\" centers on a peaceful colony on the edge of the galaxy, whose life is turned upside down when it is attacked by the troops of a brutal dictator.The colony sends Cora, played by Sofia Boutella, as an envoy to seek help from neighboring planets.The cast also includes Charlie Hunnam, Corey Stoll, Cary Elwes, Jana Malone, Rupert Friend, Bae Doon and Ray Fisher.In photos posted by Snyder on Twitter, we get our first look at Djimon Hounsou's character, General Titus, as well as a peek at the set and, apparently, inside the spaceship.The film began life as an idea for a potential Star Wars movie, which was to be Snyder's dystopian look at a galaxy far, far away.Nearly 10 years later, filming launches on Netflix, and the director has previously said he hopes the film will become a franchise in its own right.\"Rebel Moon\" does not yet have a release date.