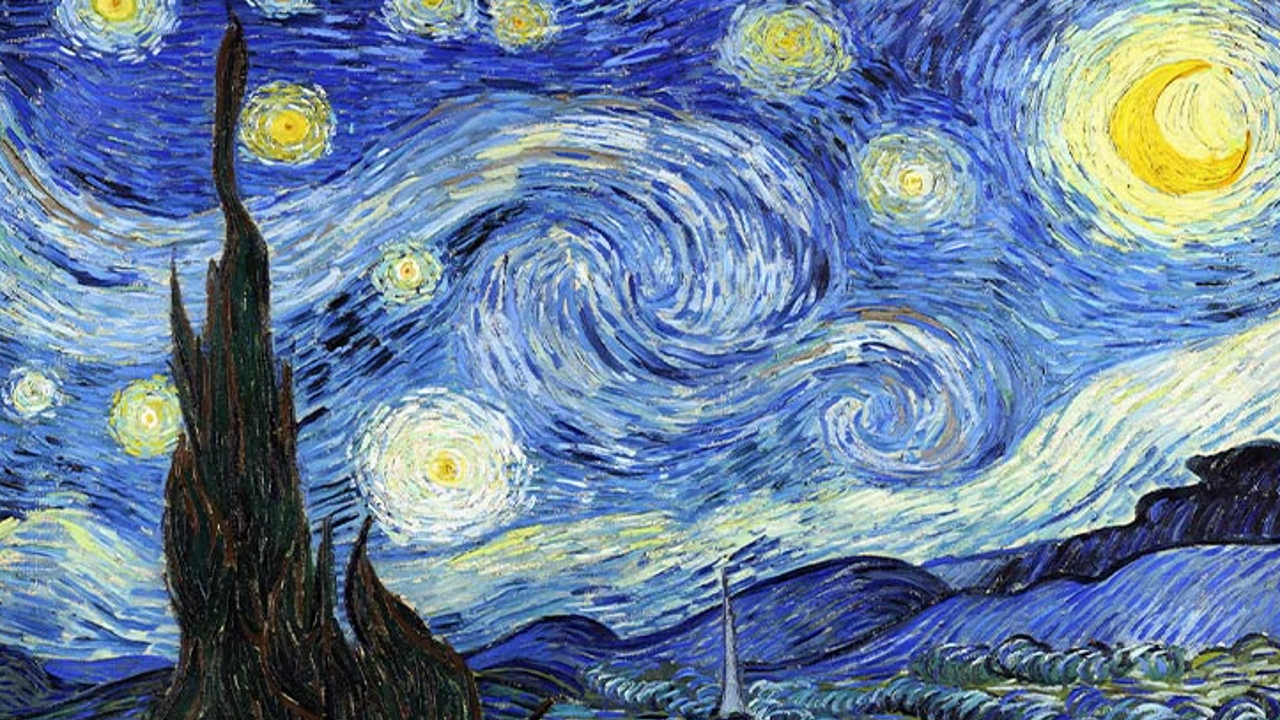 Home / NewsYesterday Yesterday 6 7388 ShareA fascinating version of Van Gogh's \"Starry Night\" was built in Minecraft Gennady VorobievA novice blogger (and, apparently, artist) ChrisDaCow set himself an unusual goal - to recreate in Minecraft the painting \"Starry Night\" by Vincent Van Gogh.ChrisDaCow told us in his video about how the construction process of the painting took place.Everything began with the scheme with the view from above, where the blogger marked how to place objects.He drew the diagram on canvas with oil paints.\"To surpass Van Gogh, you have to become Van Gogh!\" - says the blogger, sitting in a hat and with a baguette in his hand (but decided not to cut off the ear after all).To recreate the silhouette of the mountains, he had to build an entire mountain range with space between the hills.Then ChrisDaCow started thinking about how to paint the mountains so they would replicate the painting.Copying the palette by eye did not work.Then the blogger found a special pixel art generator for Minecraft.But it only worked with very old versions of the game, which did not have the right blocks.The enthusiast had to ask a friend to completely rewrite the generator for the new blocks.One of the most difficult parts were the trees.The blogger counted 92 trees in \"Night\".But if with Van Gogh these are just strokes without details, ChrisDaCow was really making trees - with trunks and crowns.He carefully placed them so that they were exactly where they are in Starry Night and, to make them look like a painting, the crowns are framed with glass blocks, which makes the trees more fluffy and colorful.Another problem is the houses.The shapes were very strange, and I had to reproduce every brush stroke of Van Gogh on the buildings particularly meticulously.Gradually it came down to the key part - the night starry sky.ChrisDaCow tried to understand how Van Gogh thought, stared at the real night sky, hung stars in his room, but it was not enough.In the end, the blogger went to an exhibition where a starry night from the picture was projected onto an entire room.ChrisDaCow's creativity and diligence paid off: his post with the picture attracted over 54,000 likes on the subreddit Minecraft Builds in 24 hours, and the video, it seems, will soon become the most viewed on his channel.However, ChrisDaCow's channel is still modest: 2,200 subscribers and 31,000 views for the most popular video, where he also shows his architectural intricacies in Minecraft. Comparison of the original (left) with the Minecraft version (right).