A new expedition makes No Man's Sky a \"bagel\" 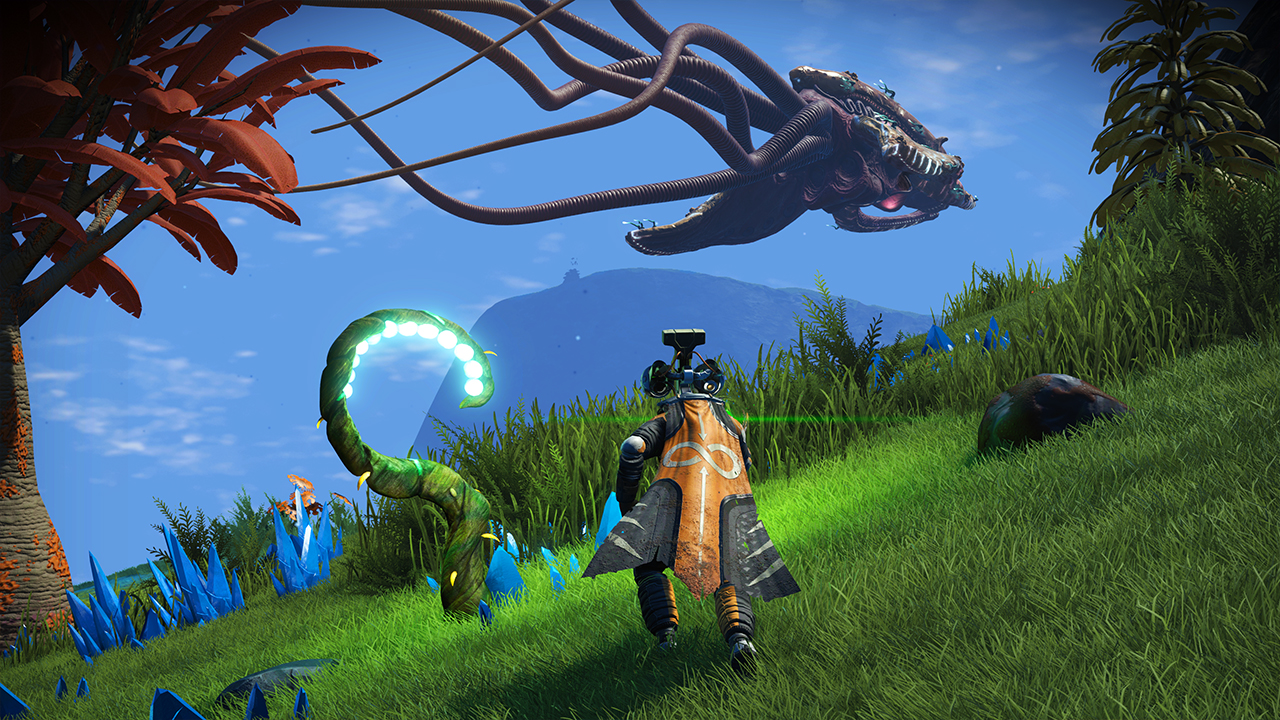 A new expedition has been launched in No Man's Sky - \"Leviathan\".She got her name for a reason, because the mission features an ancient space creature with the same nickname.Perhaps it was it that put the heroes in an endless time loop.It is necessary to leave it and find out the cause of the occurrence.According to Hello Games, for each such event, the developers plan a unique style and gameplay.\"But in our opinion, 'Leviathan' feels particularly different,\" the team writes.Indeed, a time loop with roguelike elements has never before been seen in No Man's Sky.After each death, the loop returns the player to the starting point and reloads.As they explore, wayfarers find fragments of memories - the more people take part in the investigation, the stronger the memories will become (and thus the value of the resulting upgrades, multitools and ships will also increase).Hello Games invites gamers to team up to solve the mystery faster, or assist Specialist Polo in exploring the manifestations of the loop.Inside the loop is a story-driven adventure.To break out of the endless loop, it is important to follow the trail of your previous versions, get memories and explore certain places.Scattered scraps of memory are associated with the space whale Leviathan.Rewards are due for participation in the event, including decorations for the base, an energy \"tail\" for the spacecraft and even a living ship.Expedition Leviathan will remain in the game for six weeks.If we believe Hello Games, the studio puts the finishing touches to the Switch version of No Man's Sky.Its release is due in the summer of 2022.