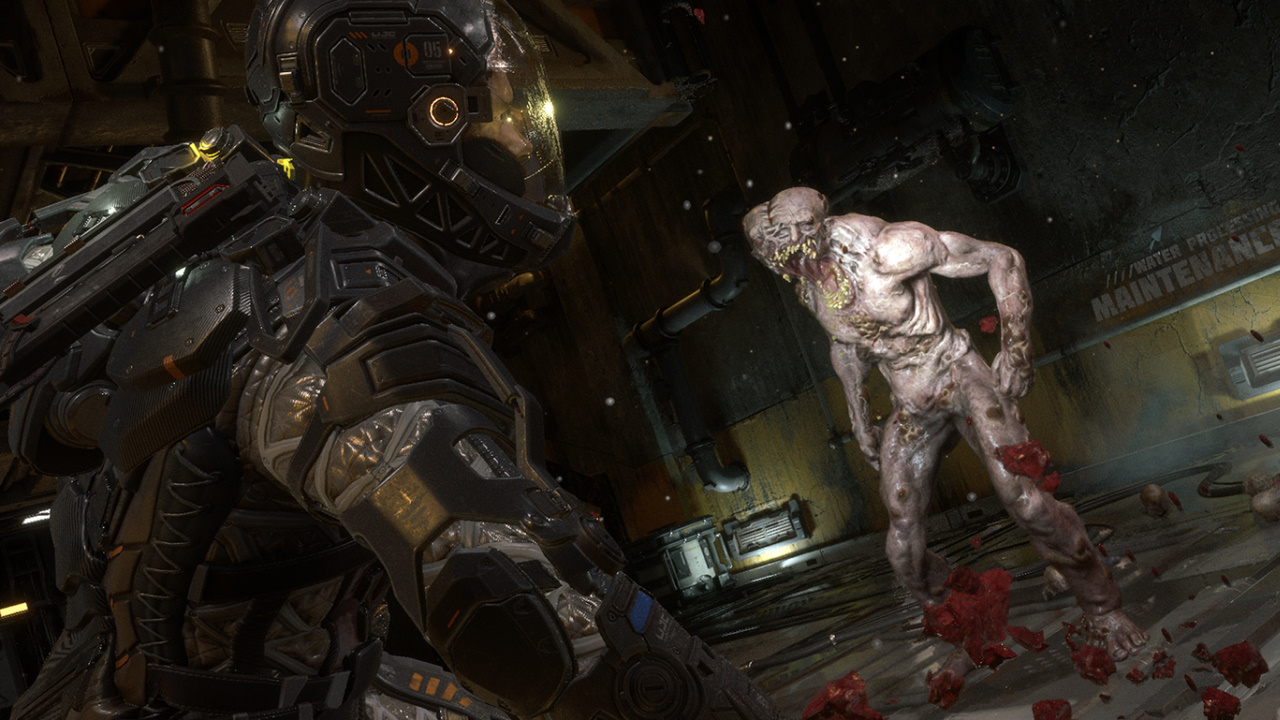 Home / NewsToday 1 746 1 ShareThe Callisto Protocol - a new horror from the creator of Dead Space Gennady VorobievGame Informer magazine has published an exclusive article about The Callisto Protocol - a new horror Glen Schofield (Glen Schofield), author of Dead Space.Not much is still known about the game, so the preview was a valuable source with fresh screenshots and the first details about gameplay.Key snippets of material:DevelopmentThe Callisto Protocol concept was born in 2019, when Schofield was vacationing at a health resort and strolling through the surrounding desert.At the time, the game was called Meteor Down.Some time later, Scofield realized that the outline looked a lot like Dead Space - at first it embarrassed him, but then he decided not to resist the urge.Not going to shy away from a good idea, because it was already in one of my games.All gamemakers peek at ideas in other games.As Picasso said, \"Good artists copy, great artists steal.\" Well, why not steal an idea from yourself? Glen ScofieldIn The Callisto Protocol's veteran Dead Space team also includes Steve Papoutsis, former general manager and executive producer of Visceral Games.He co-founded Striking Distance Studios with Scofield.Technically, The Callisto Protocol is set in the PUBG universe, but players won't need a deep knowledge of the Battle Royale lore.According to Scofield, the idea of linking the horror with PUBG was born in the early stages of production, but it gradually drifted away - only unnecessary things like passages will be reminded of PUBG.The Callisto Protocol is too distant in time and place from the current events of PUBG for them to form a strong connection. GameplayThe main character's name is Jacob Lee.His role is played by Josh Duhamel (Josh Duhamel; Call of Duty: WWII, Transformers).The monsters in the game are called biophages.In the demo, which Game Informer journalist tried, Jacob could shoot a pistol and shotgun, and use a club for close combat.There are finishing, which depend on the environment: for example, Jacob crushed biophage skull on the nearest wall.There is some system of combos, through which you can stun the enemy.While the enemy is stunned, a special point appears on his body - if you shoot at it, the enemy will get a lot of damage and, say, can lose a limb.Cutting off limbs plays an important role in the gameplay.If you deprive the biophage of his arm, he won't be able to grab you.If you cut off the legs, the enemy will be vulnerable to kicking you.Jacob has a GRP tool that the prison guards used to suppress crowds.It is a kind of gravity gun: it allows you to push enemies and objects away or grab them and hurl them into your surroundings.One way to use it is to throw an enemy on spikes or into the blades of an industrial fan.The game is built so that you are stressed by all the fights, even with the most common creatures.For the sake of this effect, the developers thought of enemies first, and then ways to deal with them. HorrorMutations of biophagi are grotesque, but to make the horror more palpable, it is always based on something very familiar to humans.All of the enemies are tied to reality in one way or another-the design started with some real object and then transformed into something horrible that \"feels real.\"The tension in the game is built on the right balance between feelings of danger and safety.Conventionally speaking: you open the door - and there is something scary.After that, you start to fear all the doors, but nothing happens to them.Over the course of several levels you gradually let your guard down, and then the developers catch you off guard again.So much depends on the right pace that the developers have come up with a special name for their suspense scheme - \"horror engineering\".Judging by one of the excerpts of the material, there are many elaborate death scenes prepared for the main character.For example, Jacob may get his head bitten off (with the rest of his neck and tongue exposed), or the hero's body may be chopped up by a huge fan. Not screenshots, but illustrations - including for the cover of Game Informer.To convey the repulsiveness of dismemberment, the artists studied police videos with real gruesome events.An extremely important component of the atmosphere - the sound.\"It's, like, 50% of the game,\" Scofield says.The Callisto Protocol employs The Apprehension Engine, a musical instrument from composer Mark Korven (The Witch, The Lighthouse) and guitar wizard Tony Duggan-Smith.The instrument was invented specifically to create original sounds for horror movies.The look was given a science fiction feel through generative design, a special AI-assisted optimization process that produces specific-looking results on the basis of