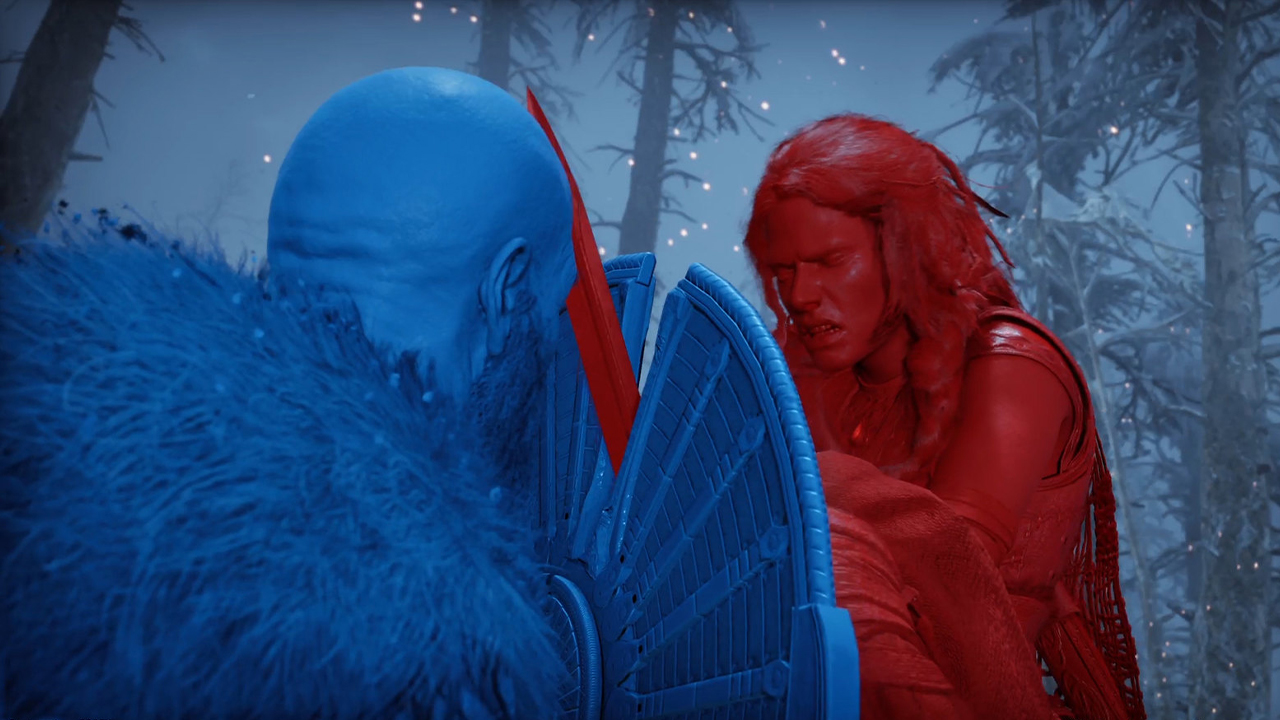 Modern developers are trying to reach a variety of groups of players, and therefore spend a lot of time on accessibility settings.Sony Santa Monica has shared what options will receive God of War: Ragnarök - they are more than sixty.In brief: the team redesigned the interface for the sake of increased readability, rebuilt from scratch reassignment buttons controller and added more options to customize the combat system and interaction system.Also in the sequel pulled some ideas for accessibility settings from the PC-version of God of War.If you're interested in the details, highlighted the most curious: According to chief UX-designer Mila Pavlin (Mila Pavlin), from the PC version of God of War in the sequel moved including automatic running, constant point in the center of the screen, changing the way targeting and locking.Example of flexible settings subtitles.Studio has invested a lot of time and effort in the subtitle and caption system.You can separately adjust the color and size of the text, highlight the speaker's name or hide it, and include a backing - it not only darkens the background, but also blurs it slightly if necessary.This is needed to make reading easier.For a better understanding of the sound effects, explanations like \"approaching footsteps\" are introduced.They appear both during cutscenes, as well as in gameplay segments.Important for the passage of the sounds received a switchable indicator, which shows where the noise is heard.From now on subtitles will use more space on the screen, so they were easier to read from TV.Comparison of the default interface size with the increased.The developers are confident that the latter will please fans of playing on the couch in front of the TV.Button reassignment will become much more flexible.The game will offer layouts from the developers, but also allow you to determine the purpose of the keys yourself.For actions that require more than one button, users are free to set quick commands using the touchpad.Audio prompts - when approaching an interactive object, the player will hear when the interaction button becomes active.The function also works in combat, helping to distinguish an unblockable attack or mark a weapon change.Icons are also customizable - their size can be changed.High contrast mode colors targets, enemies, other characters and many other objects in bright colors - this will help you notice them better.To enhance the effect, the saturation of the background is reduced if necessary.The mode has several operating options: always enabled, enabled only during gameplay, or disabled completely.You can quickly activate High Contrast by swiping on the controller's touchpad.All colors are customizable.Example of High Contrast mode.Help in Navigation - a new option that guides the camera towards the current target.During the battle it is turned off.Assistance in movement - jumping through openings, moving in a crouch and other similar actions - will be automated.God of War: Ragnarök will be released in 2022 on both PlayStation.Employees of Sony Santa Monica are confident that the game will not be postponed, because the development is on schedule.Already familiar trailer in English, but now with a description from the voice-over.