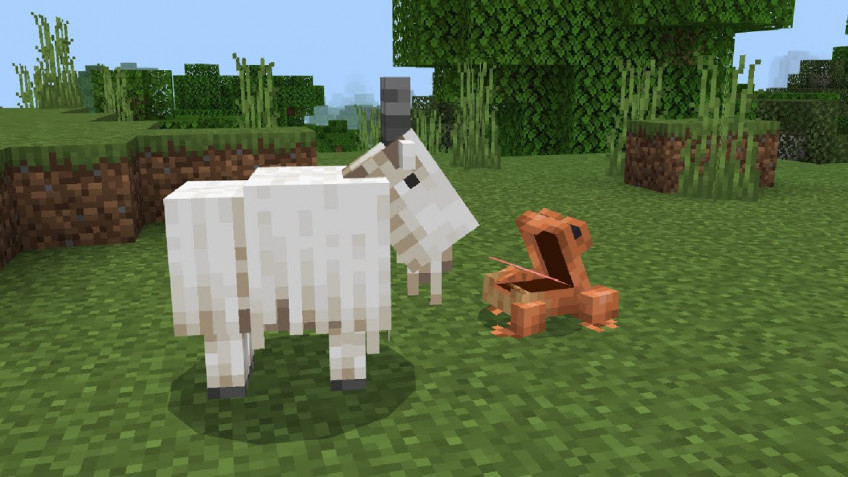 With the release of the update The Wild in Minecraft will appear frogs, which previously, apparently, could eat a goat.About this amusing fact said one of the developers.According to him, the authors of the project tried to make it so that the frogs could eat something.In the beginning the code allowed them to eat only mucus.Then the developers took on an editable eating behavior that would allow frogs to eat other types of mobs.As a test of the new behavior, the frogs were \"forced\" to eat goats - because it's \"fun.\" In the end, the developers succeeded in their goal, and the new mobs no longer touched the slime.Notably, at the release of the first beta, the authors forgot to disable this feature.Overnight, some players managed to discover a shocking fact about frogs and their taste preferences, seeing how they swallowed whole goats.Developers have corrected the error, but apparently many found it amusing.Some fans are still asking for the return of the \"goat-eating frogs\".By the way, now the little amphibians eat only slime.The developers said that originally they wanted to feed them fireflies, but the community pointed out that in the real world the frogs could be poisoned by them.The Wild is scheduled for release on June 7, 2022.