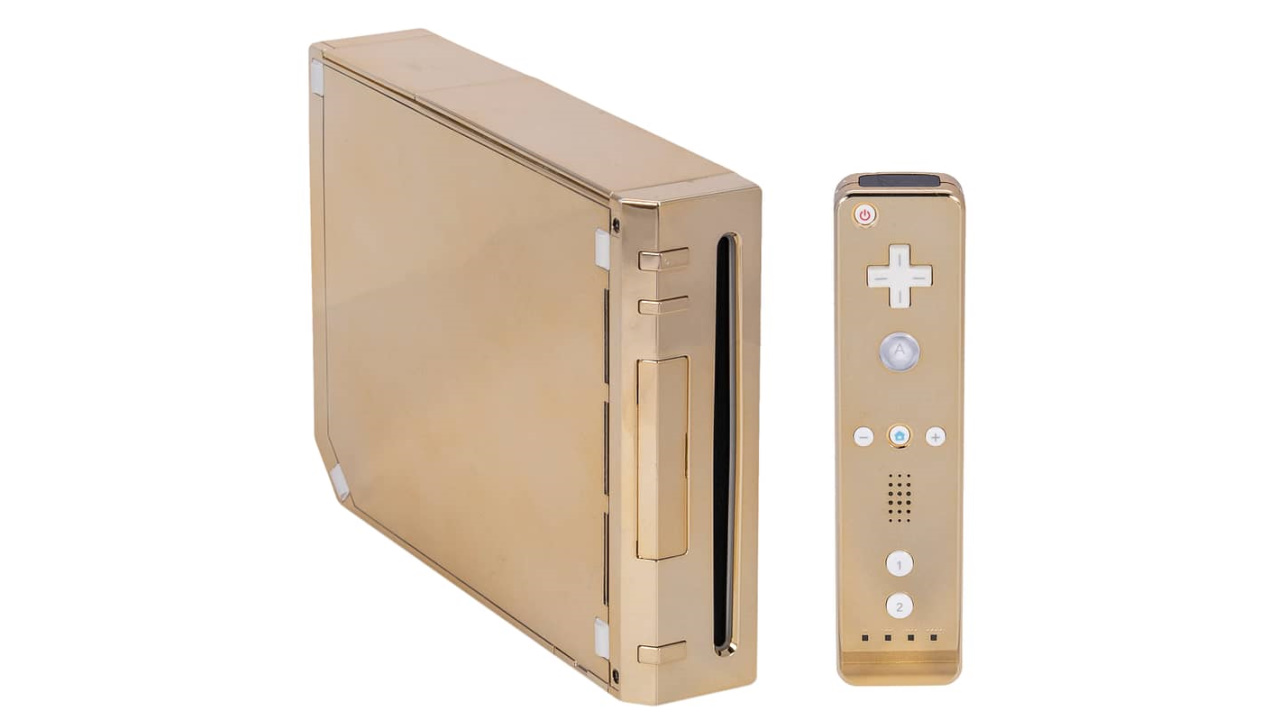 There used to be such a company - THQ (not to be confused with THQ Nordic, that's different).In 2009 they released BIG Family Games and tried to pull a publicity stunt with a gold Wii.The trick failed, and the golden Wii disappeared to nowhere and reappeared 13 years later.THQ tried to present a golden Wii containing a copy of BIG Family Games to the British Royal Family.The publisher motivated its move as follows:BIG Family Games is an ultimative Wii game that brings together all members of the family, from grandparents to children.The royal family is the most important family in the UK, so we felt they needed a copy of the new game.But we thought Her Royal Majesty wouldn't want to play on an old console, so we ordered a special gold one.We hope the queen and her family like the game! Product manager Danielle Robinson This is no joke: the console and its controller are covered in real 24-carat gold.As the Goldin site writes, Buckingham Palace has rather strict rules for correspondence regarding gifts.But in this case, the gold Wii didn't reach the queen or even the palace.The console was returned to THQ's offices several times and stayed there until the publisher went bankrupt in 2012.The publisher was modestly silent about the fact that the gift had not reached its addressee, after which the golden Wii disappeared from the radar.Five years later it was discovered by a collector who specializes in developer equipment.He got the console thanks to his contacts with the former THQ.However, the Wii didn't stay with the collector either - he sold it to a partner site Goldin.And now Goldin has put the gold Wii up for auction.The console shows signs of wear and tear, but seems to work overall - it comes with a sensor, all the necessary cables, and even a copy of that BIG Family Games game (which, they say, turned out to be a very poor game).At the time of writing, bids start at $2,000 (or $2,400 if you immediately count the deductions to Goldin).Along with the gold Wii comes a letter verifying the authenticity of the product and telling its story.