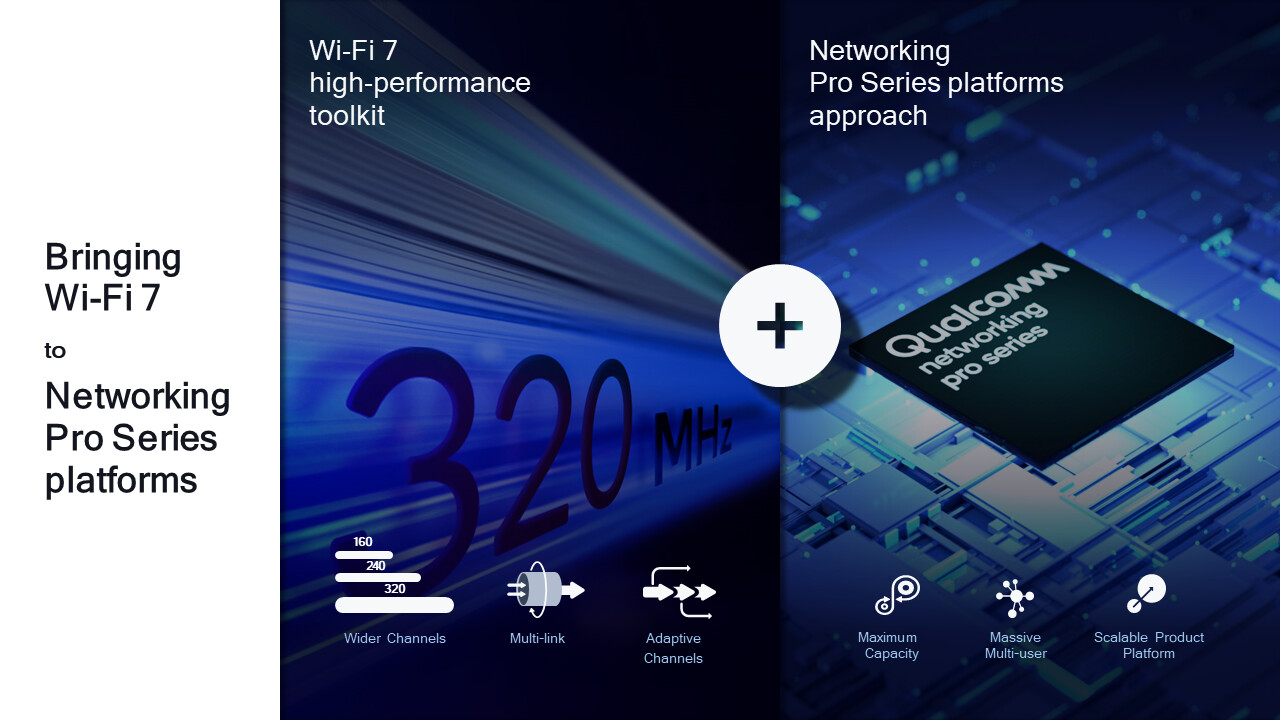 Qualcomm has announced a new Wi-Fi 7 Networking Pro platform.According to the company, it will be the most scalable commercial Wi-Fi 7 platform in the world.The third generation of the Qualcomm Networking Pro line will deliver WLAN speeds of more than 10 Gbps on enterprise access points, mesh Wi-Fi networks and high-end home routers.As of now, Qualcomm has begun sending out samples to developers.The Wi-Fi 7 Networking Pro platform supports 6 to 16 streams simultaneously on enterprise access points and high-end routers.Channel widths can reach up to 320 MHz, total system PHY throughput up to 33 Gbps, and more than 10 Gbps for each WLAN PHY channel.The Networking Pro platform focuses on networks with large numbers of users.Qualcomm promises to give high performance with low CPU utilization.Workgroups, telepresence, metaverse and gaming in both the home and corporate segments are cited as potential scenarios.Qualcomm Networking Pro products support Automated Frequency Control (AFC) technology designed to reduce interference from existing Wi-Fi networks and other equipment.Qualcomm decided to promote its technology here by abandoning the Open AFC initiative (in which Broadcom participates).AFC requires an agent to connect to the Internet to select the most optimal channel and power configuration.It is not known when Wi-Fi 7 devices will be available.