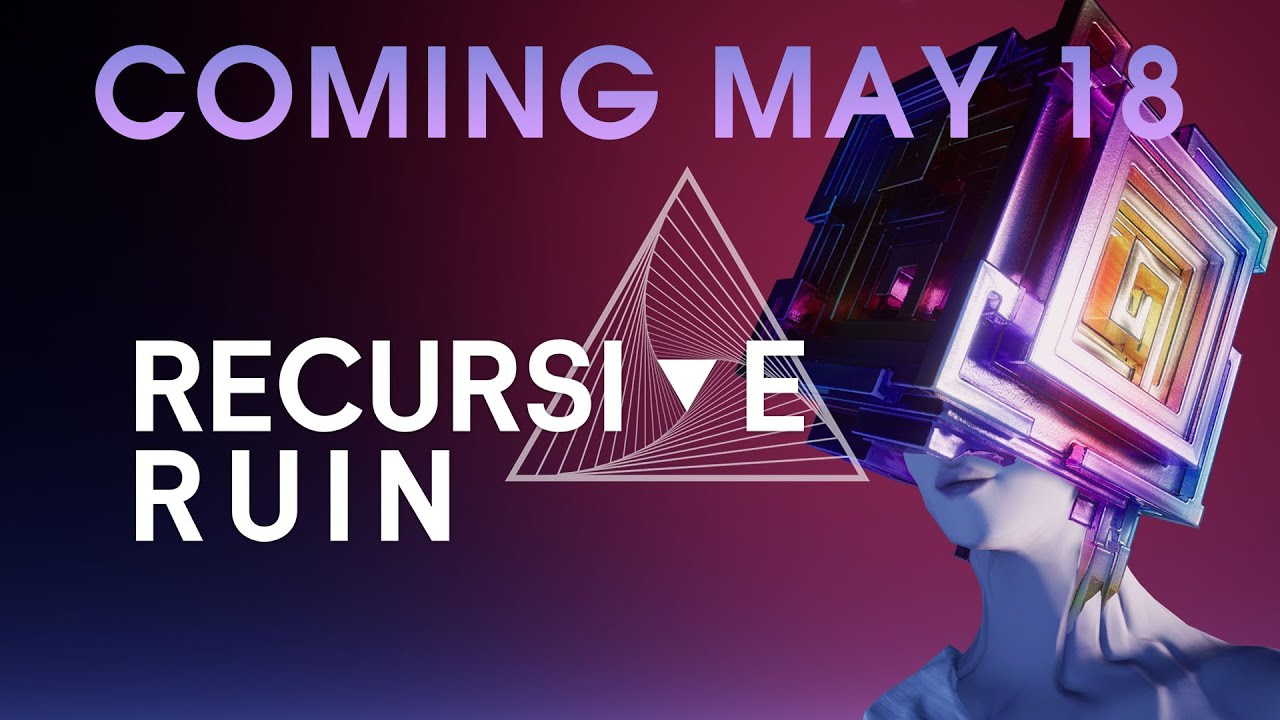 Publisher Iceberg Interactive and developer Bit Rot have announced that story puzzle game Recursive Ruin will be released on Windows PC on Steam, GOG and Epic Games store on Wednesday, May 18, 2022.Recursive Ruin is a kaleidoscopic narrative puzzle game that invites you into an endlessly recursive environment called Infinite Worlds.Caught in a mix of existential crisis and environmental puzzles, you must find your way, warping the world to your advantage.Infinite Worlds is filled with strange, ballsy inhabitants, hidden spaces and mind-bending physics.You have the unique ability to shift the ever-repeating world in or out in your favor, as if you were playing with a kaleidoscope toy.Unlock obstacles, traverse vast depths, and cheat motion sensors.In Recursive Ruin, reality is what you make of it.A free demo will also be available until May 18.