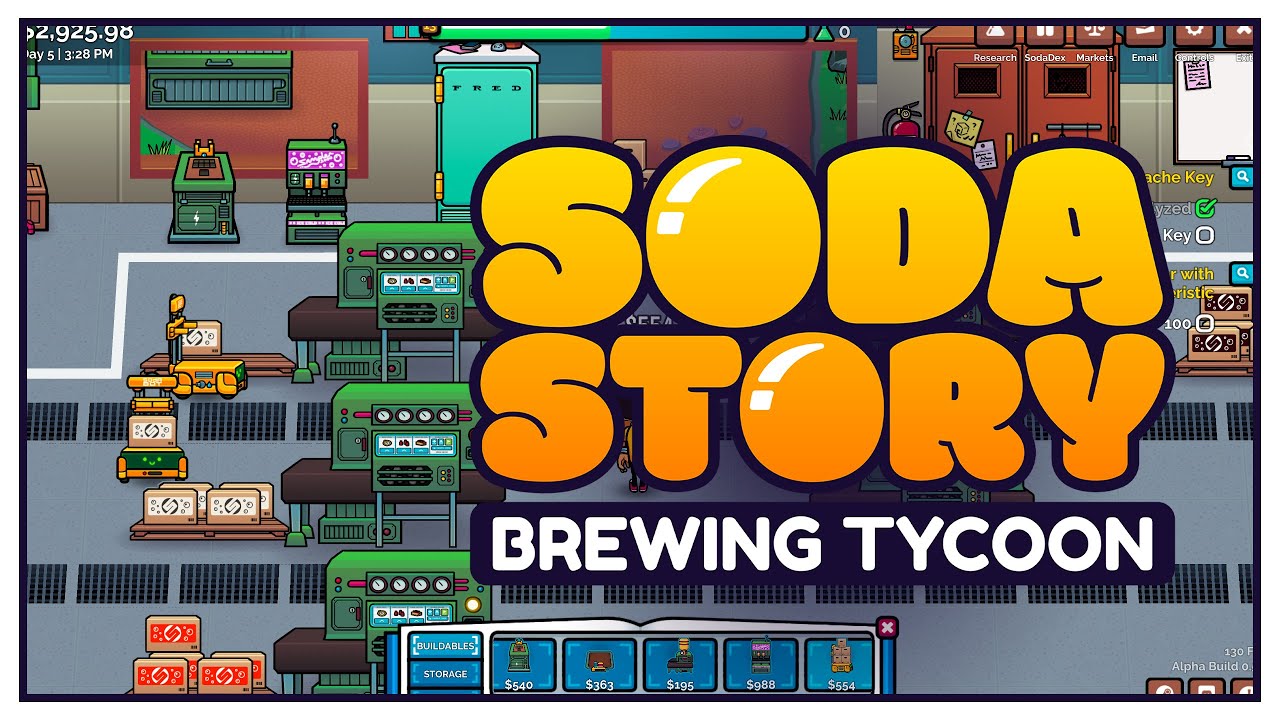 Developer and publisher Upper Class Walrus has announced that management game Soda Story - Brewing Tycoon will be released in the third quarter of 2022 for PC on Steam.Soda Story - Brewing Tycoon is a management adventure casual game in which you take on the task of managing a soda production facility while participating in the current season of the popular reality show \"Prisoneers\".You play as a prisoner, chosen at the very last minute to play a role in a competition known to be filled with rivalry.Everyone tries to be the best of the best.Features:Experiment with hundreds of different flavors and combinations.Explore, build and use equipment to automate your operation.Explore your warehouse, competitors' warehouses and the surrounding complex.Uncover secrets, sabotage competitors and avoid retribution.