The authors of the creepy horror game Scorn: \"The game has shooting, but it's definitely not a shooter\" 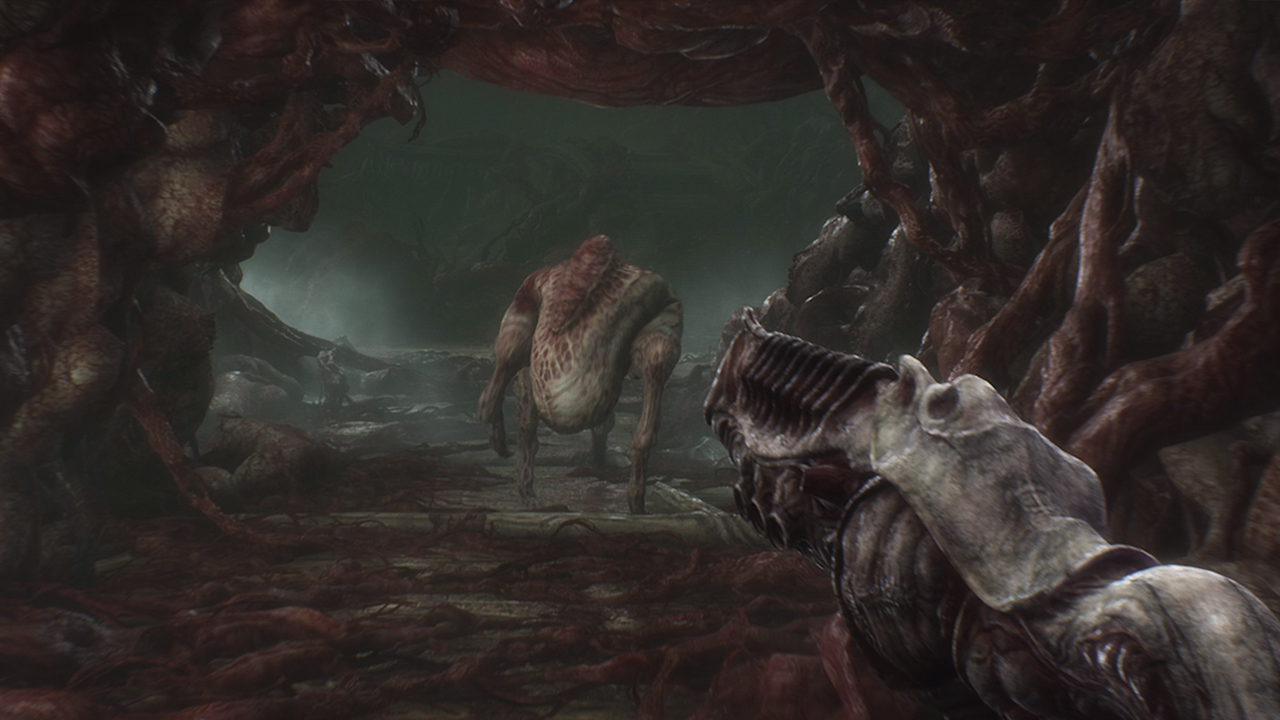 The experts from Ebb Software release monthly development diaries of Scorn, a horror game whose visual style strongly resembles the paintings of Hans Rudolf Giger.The last of the reports is devoted to weapons.Also in the post told about the progress of development.As the developers write, the weapon has a significant role in the hardy-horror, but not as much as in shooters.In horror stories the gun can quickly run out of ammunition or jam at the most inopportune moment, so the player behaves differently.In Scorn, there is shooting, but it is only an additional way to interact with the environment.In the horror, there are pistols, shotguns, and grenade launchers.Each of them, although they look in keeping with the bizarre world, it's easy to recognize the familiar silhouettes in them.The team notes that the first weapon found will be important for users.It will be useful not only for close combat, but also for interaction with the various mechanisms.Finding the only weapon in the game melee.According to experts, the hardest thing was to come up with not the appearance of guns, and suitable environment for their functionality, for example, the capacity of the magazine.So that the player does not feel safe with a gun in his hands, there are a number of restrictions.Among these are few ammunition and overheating for melee weapons.Ebb Software assures that at the moment the development is going according to plan, so that no new porting is thought of.Creative director and head of studio Ljubomir Peklar reports:During the last month the developers have finished all the remaining meshes for fixed objects.Now the priority are animations and visual effects.In addition, the team is polishing and searching for bugs.Scorn should be released in October 2022 on PC (Steam), Xbox Series and on Game Pass.