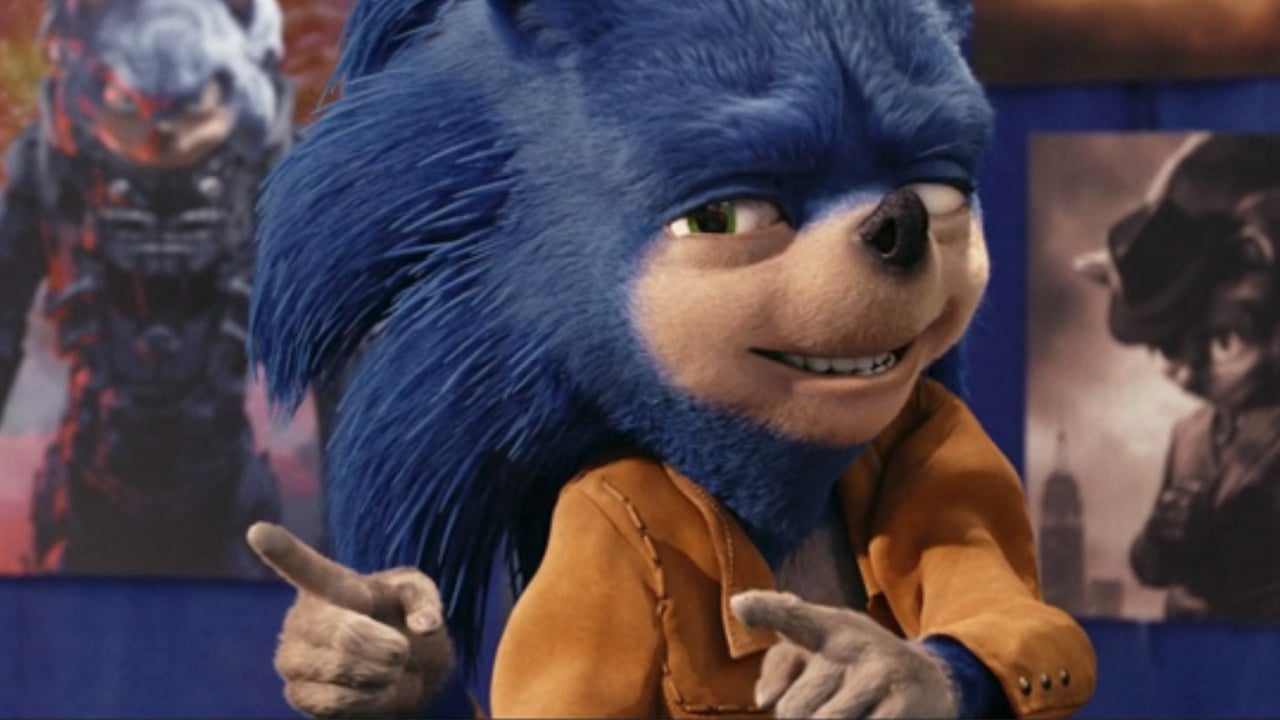 Remember when the first \"Sonic in the Movies\" trailer showed a Sonic so unsuccessful that the movie was sent back for revision with a redesign? Well, the ancient evil didn't disappear, but lurked: the original Sonic the Freak is back with a cameo for the new version of Chip and Dale Rush to the rescue.In the fresh film, the cartoons coexist with humans.Sonic the Freak has become a celebrity of sorts, sitting in a booth named after himself at a fan festival and signing autographs.And, of course, he's working his memetic self to the max: And they'll love me for who I am, not like that time the Internet saw my human teeth just once and burned me to a crisp! Oh, you want me to rush off somewhere? Nah, that's a Sonic thing.The Sonic the Freak thing is different - he's slow, baby! The Sonic the Freak segment once.The new \"Chip and Dale\" was filmed for Disney+, but there are other cameos, including ones from outside the Disney franchises.Director Akiva Schaffer says they tried to introduce characters from other companies into the film for a variety of reasons: for example, to maintain the spirit of the animation industry as a whole, not just Disney animation and so the film doesn't seem like a guileless advertisement for Disney+ cartoons.Sonic the Freak Two.Crossovers with other people's franchises are difficult from a legal standpoint.They say \"Chip and Dale\" doesn't have the same eerily complicated cameos as the Donald Duck (Disney) vs.Daffy Duck (Warner Bros.) battle in \"Who Framed Roger Rabbit?\" but it was still a sweat:With the characters you see in the movie, sometimes we had to try two or three variations before we found someone to license.It was a long process.Usually when you finish watching a movie, you don't run out to thank the lawyers, but we really owe a lot to the Disney lawyers for how team players they are.They stayed very positive and really saw the value in getting the rights to other people's licenses, which they had to work hard for.It's easy for me to say things like, \"Oh, and it would be cool to have the ponies from My Little Pony run through the hallways!\" But the lawyers have to call Mattel, present the movie to them, tell them that the movie doesn't make fun of them, and then they have to come to me and so on.So it's a long process.But it makes the movie so much better.Akiva SchaefferFirst reviews for \"Chip and Dale\" are positive: 67 out of 100 on Metacritic and 79% on Rotten Tomatoes.According to the film's plot, Chip and Dale's glory days are long gone - their animated series was shut down years ago.Chip immersed himself in suburban life and works as an insurance agent, while Dale hit nostalgia, got himself CGI surgery and is riding around fan festivals to try to get some of his popularity back.At some point, their former filming buddy goes missing, so Chip and Dale have to rush to the rescue again - and try to repair their friendship.\"Chip and Dale Rush to the rescue\" is out now on Disney+.