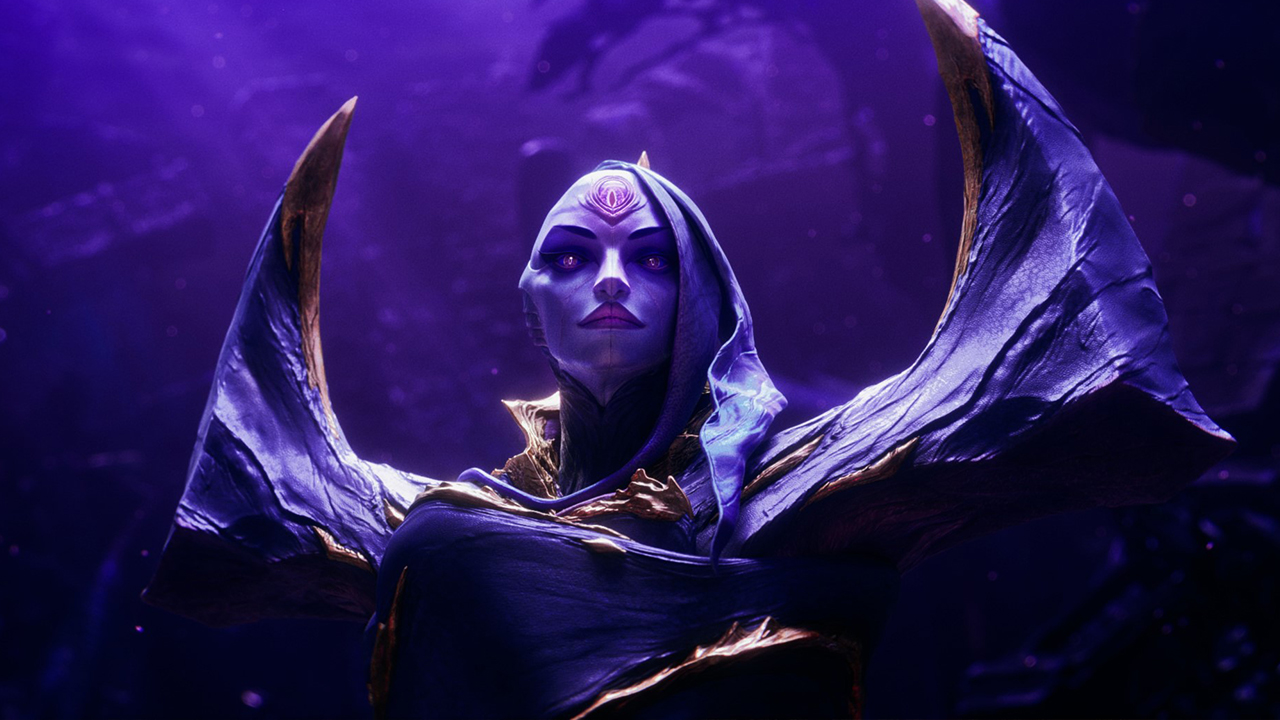 If you stare into the darkness long enough, it will soon begin to stare into you - that could be the description of the new League of Legends heroine Bel'Vet.Monstrously beautiful Empress of the Abyss intends to win the rink and then devour the whole world.Bel'Vet comes from the very heart of the Abyss - the spawn of nothingness invaded Runterra and consumed the port city of Belvet along with its inhabitants.The creature is imbued with the memories, experiences, and feelings of humans, and so it calls itself the name of the settlement.Bel'Vet will not stop at one city, as she is capable of much more.Her plan is to destroy Runterra and build a new world.You can get a closer look at the heroine in the cinematic trailer from Riot Games.In it, the hunter Kai'Sa explores a place that was once a port city.Apparently she's trying to find at least one survivor, but instead encounters the statuesque Bel'Vet.The Empress easily fends off attacks and reveals her true identity.Officially, the champion's skills have not yet been revealed, but if the leak is to be believed, Bel'Vet will become a duelist forester.Ultimatum ability transforms her into her \"true form\", and also will mirror some of the damage dealt to her enemies.More details about Bel'Vet will be revealed later.For now, you can read a more detailed story about the collision shown in the trailer.Trailer in RussianTrailer in English