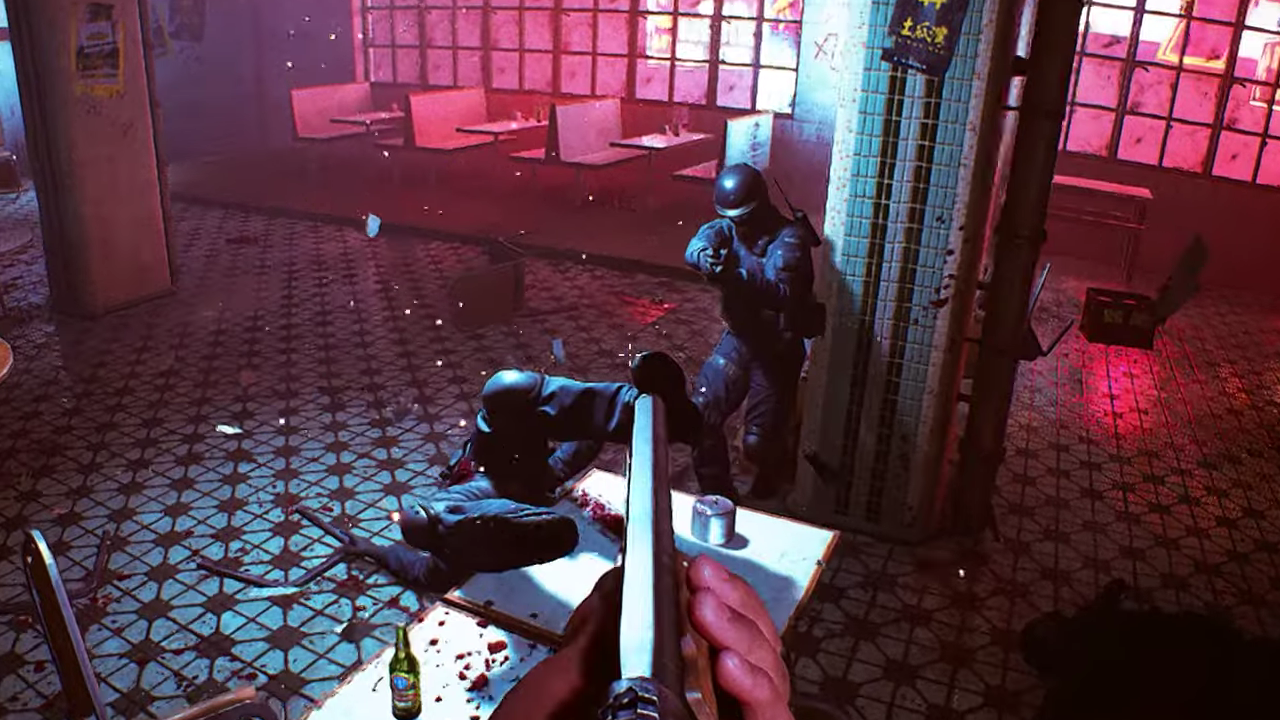 One day a SWAT squad enters a restaurant...And then everything is a blur - sparks, dust columns and a man (or maybe even a woman!) with a shotgun jumping like Max Payne everywhere.This is a rough description of a fresh video from an unnamed shooter from Swedish studio VRESKI, consisting of two people.There are almost no details about the game - we can say only that it is made on the Unreal Engine unnamed version (assuming that the fourth or fifth).Earlier the developers have already published gameplay footage from their action movie.Among other things, there was a place for the massacre in the parking lot and the shooting of pots with flowers.When and where the game will be released - is unclear.The Hong Kong Massacre, the team's first and only released project, is available on PC, PlayStation 4, and Nintendo Switch.Perhaps the Swedes' next creation should also be expected there (although the hybrid console is unlikely to pull it off).