A boomer shooter, a freewheeling CCI, and an update to Vermintide 2 - all that was shown at the Warhammer Skulls show 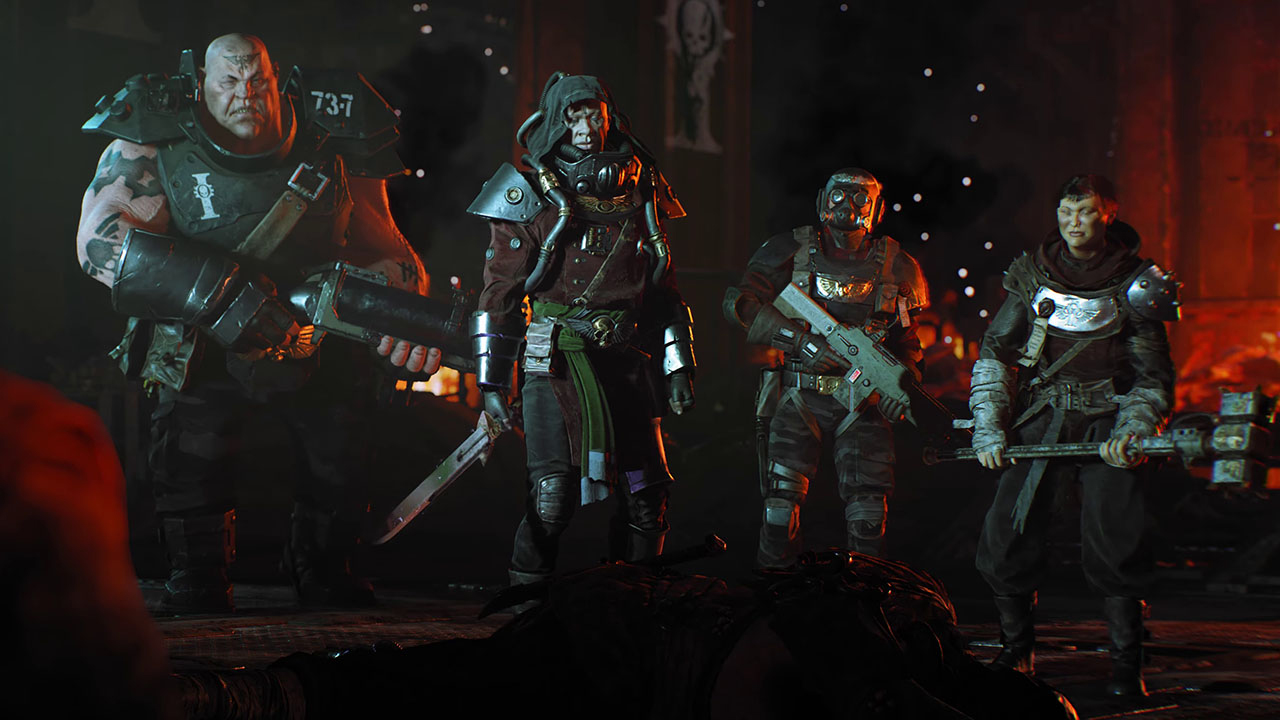 Warhammer Skulls is a week-long festival on \"wah\".On the first day of the show, the developers showed many trailers and made several announcements.About the most interesting of the projects we wrote separately:Warhammer 40,000: Rogue Trader - the first CRPG in the \"forty thousand\" line from Owlcat Games.Immortal Empires mode trailer for Total War: Warhammer III.Fresh Warhammer 40,000: Darktide cinematic trailer.Below is a list of other news, announced during the presentation.Warhammer 40,000: Warpforge was announced - a free-play CRC, whose action will unfold in the 41st millennium.The developers promise to add all the important Warhammer factions over time.Each of them will have its own story campaign, as well as start competitive modes.will be released on PC (Steam) and mobile devices in 2023.Warhammer 40,000: Boltgun - vintage first-person shooter.Players will have to get into the skin of a pixel space trooper and fight their way through hordes of monsters on the levels.Check out the PC (Steam), PlayStation, Xbox and Nintendo Switch in 2023.June 14 Warhammer: Vermintide 2 will update Be'lakor - it will make changes to the \"Wasteland of Chaos\" mode.There will be a new level \"Temple of Shadows\", another type of enemies, additional curses, characteristics and properties of weapons.More about Blood Bowl 3 - American soccer in the setting of Warhammer.We're talking about two teams: the \"Old World Alliance\" (Old World Alliance) and \"Chaos Renegades\".The former features humans, dwarves, halflings, and dendroids, while the latter features dark elves, scavens, greenlings, humans, and the \"big guys of Chaos.The Alliance boasts flexibility, but its players are not very good at teamwork.\"Renegades\" is adept at using mutations to gain an advantage in a match.The Warhammer 40,000: Battlesector future development plan for the next six months includes:An additional faction called \"Sisters of Battle\", which should appear by fall.The Horde mode, which has been named \"Daemonic incursion\" - no date yet.Adding demonic units and improving Planetary Supremacy mode.Developers presented a production video for Warhammer 40,000: Space Marine II.Two-dimensional action-platformer Warhammer 40,000: Shootas, Blood & Teef has a release date of October 20.Full broadcast recording.