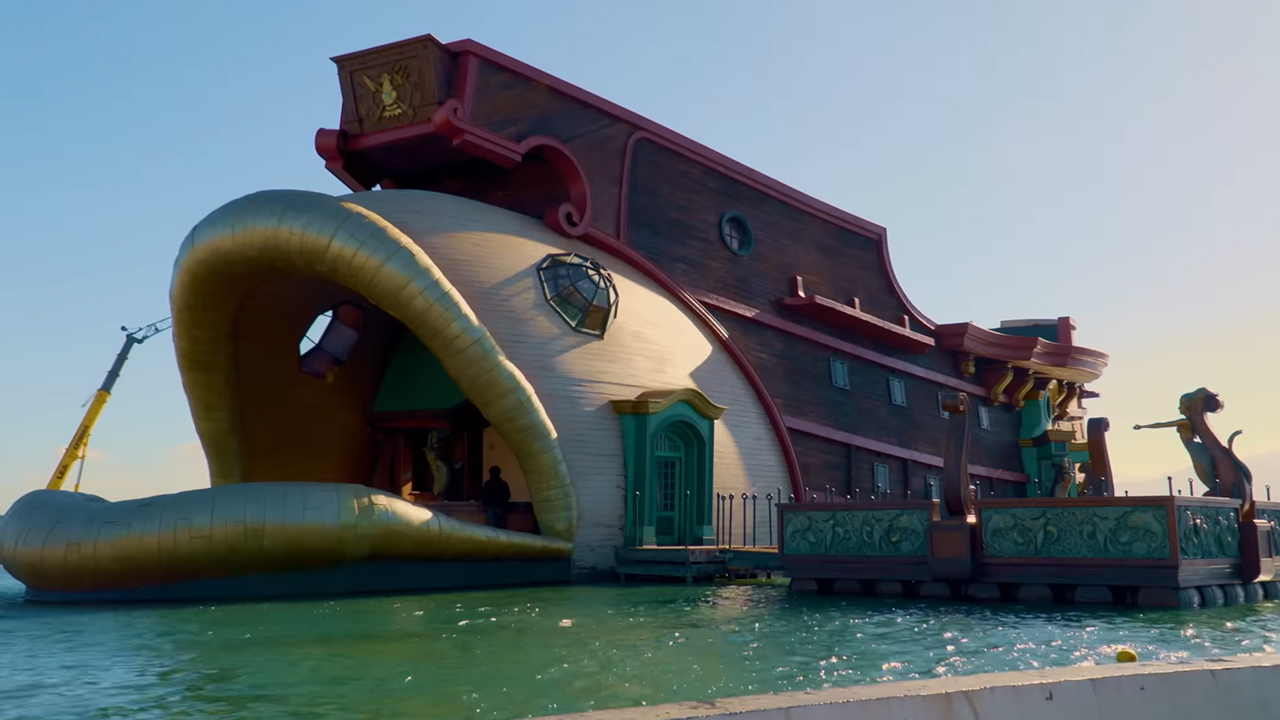 Netflix announced that it took on the One Piece manga adaptation just over two years ago.Since then, a cast of characters has formed, but the series has yet to get a release date.As part of the Geeked Week festival, the show's creators showed the course of construction of the set.Since the One Piece storyline is closely related to the sea and piracy, the team is building large-scale ships-decorations.The crew builds all kinds of ships, including the main characters' Going Merry, the Alvida Pirates' Miss Love Duck, and the Barathi, which gets the most time in the video.It is there that the experts construct the floating and not-so-floating props.Because of the attention to detail, each location takes a decent amount of time to create, for example, right now we're working on the Arlong Map Room.It's been a couple of weeks, but it's a big facility because it's so important.There's a lot of drama concentrated here, a lot of action.So we have to get it right.Screenwriters.Also joining the cast are several people: Kurahadol - Alexander Maniatis (Alexander Maniatis; \"The Warrior\"),Dracul Mihok - Steven Ward (Steven Ward; \"The Wandering Queen\"),Chief Zeff - Craig Fairbrass (Craig Fairbrass; \"The Villain\"),Captain Morgan is Langley Kirkwood (Black Sails),Kaya is Celeste Loots (Celeste Loots),Nojiko is Chioma Umeala.Ten episodes are being prepared for the first season of the adaptation.