Among Us gameplay in VR, \"Twilight Zone\" and online parkour in Stride - announcements from Upload VR Showcase 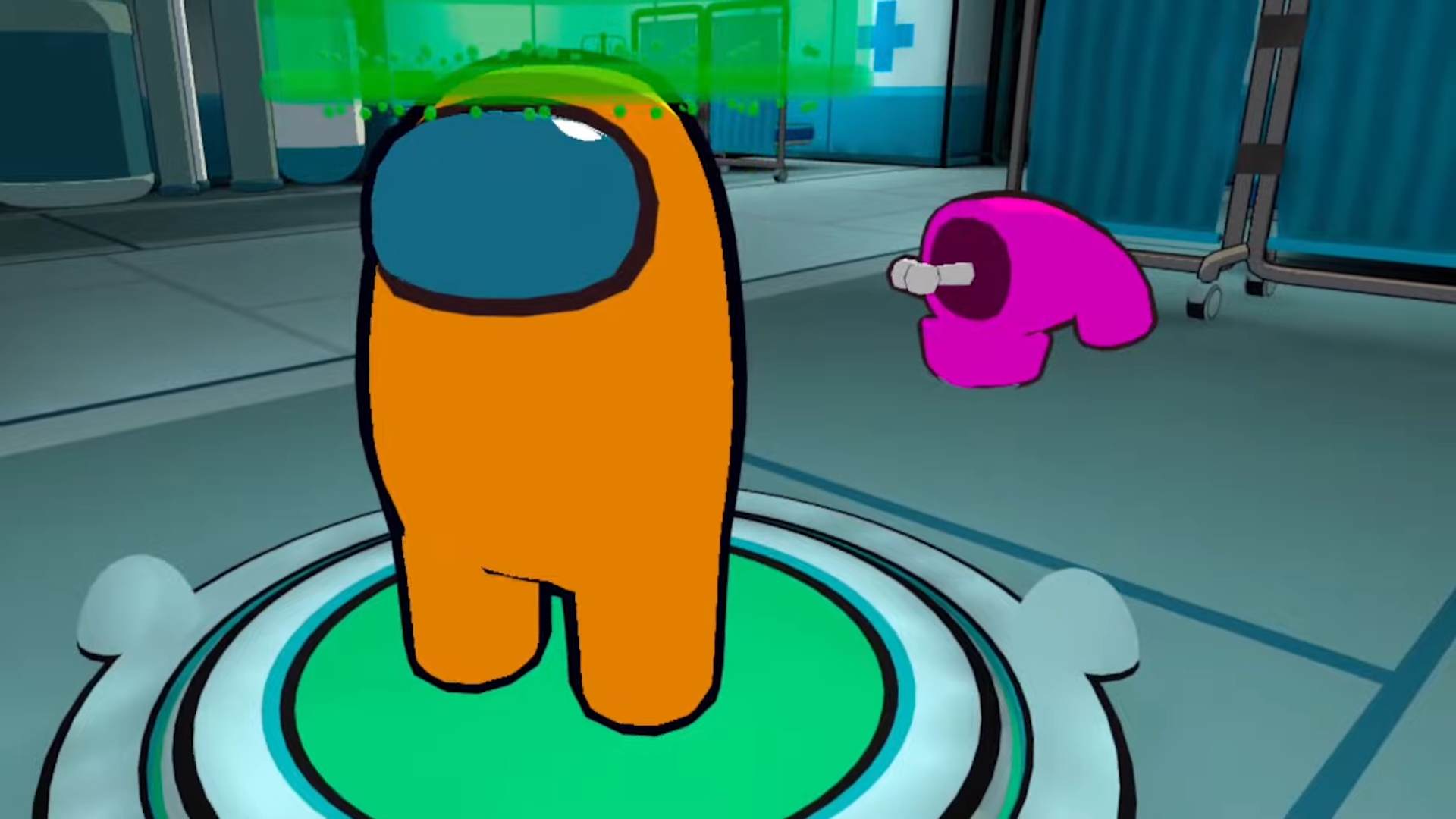 Portal Upload VR held a major summer conference dedicated to VR games.No sensationalism, but still there were several interesting announcements.The most important thing in one line: Broken Edge - sword fighting game with an unusual pastel appearance.Coming out during the 2022th on Quest 2 and SteamVR.June 16 for the MMORPG Zenith will release the first content update with dungeons, armor sets and quests.VR-version of survival game Green Hell is already available on Steam.Parkour action Stride appeared multiplayer.Authors of the popular rhythm game Synth Raiders showed multiplayer fighting game Final Fury.Will come out in 2023 on all major VR-platforms.Represented gameplay of the team shooter NERF Ultimate Championship.This quirky puzzle game What the Golf? developers announced another quirky What the Bat? where instead of hands you have baseball bats and you do all sorts of unexpected things with them, like steal sheep and play soccer with an elephant.Invisible Guitar Simulator Unplugged received DLC with new songs.Dyschronia: Chronos Alternate - an adventure detective with stealth and anime, where the main character can get into someone's memories.Coming out on Quest 2 during 2022.The humorous Cosmonious High from the creators of Job Simulator got an update with a lot of accessibility options - like the ability to play with one hand and improvements for sitting.Continuation of the game about the mouse Moss: Book II will be available on Quest 2 from July 21.For the Viking rhythm drum game Ragnarock appeared DLC Hellfest with bands The Offspring, Dragonforce, Nightwish and others.Trailer Hellsweeper - brutal thriller from the creators of the popular VR action Sairento.Coming soon to SteamVR and Quest 2.Based on the Twilight Zone series, there will be an official VR game with three stories.The release is July 14 on Quest 2.Team17 has announced its first VR game, Killer Frequency.You'll become a radio host in a backwater town in the 1980s, taking calls and helping locals escape a masked maniac.The VR version will only be released on Quest 2, and Steam will only release a \"flat\" version for regular screens.The release will take place during 2022.The trailer of Gambit! - cooperative shooter from the Zero Caliber authors.In spirit, it looks like a crazier version of Payday - the four masked robbers steal all sorts of important things and fight off enemies.Unlike Payday, there is a more coherent story campaign and PvP.Gameplay Among Us VR.The concept is the same: the astronauts perform missions in the location, while the traitor sneaks off to kill civilians and pretends, as best he can, that it's not him.There are mini-games, voice chat that takes into account the remoteness of the speaker, and the ability to personally point a finger at the suspect.It's scheduled for release in late 2022 on Quest 2 and VR for PC, and later on PS VR2.The full Upload VR show.