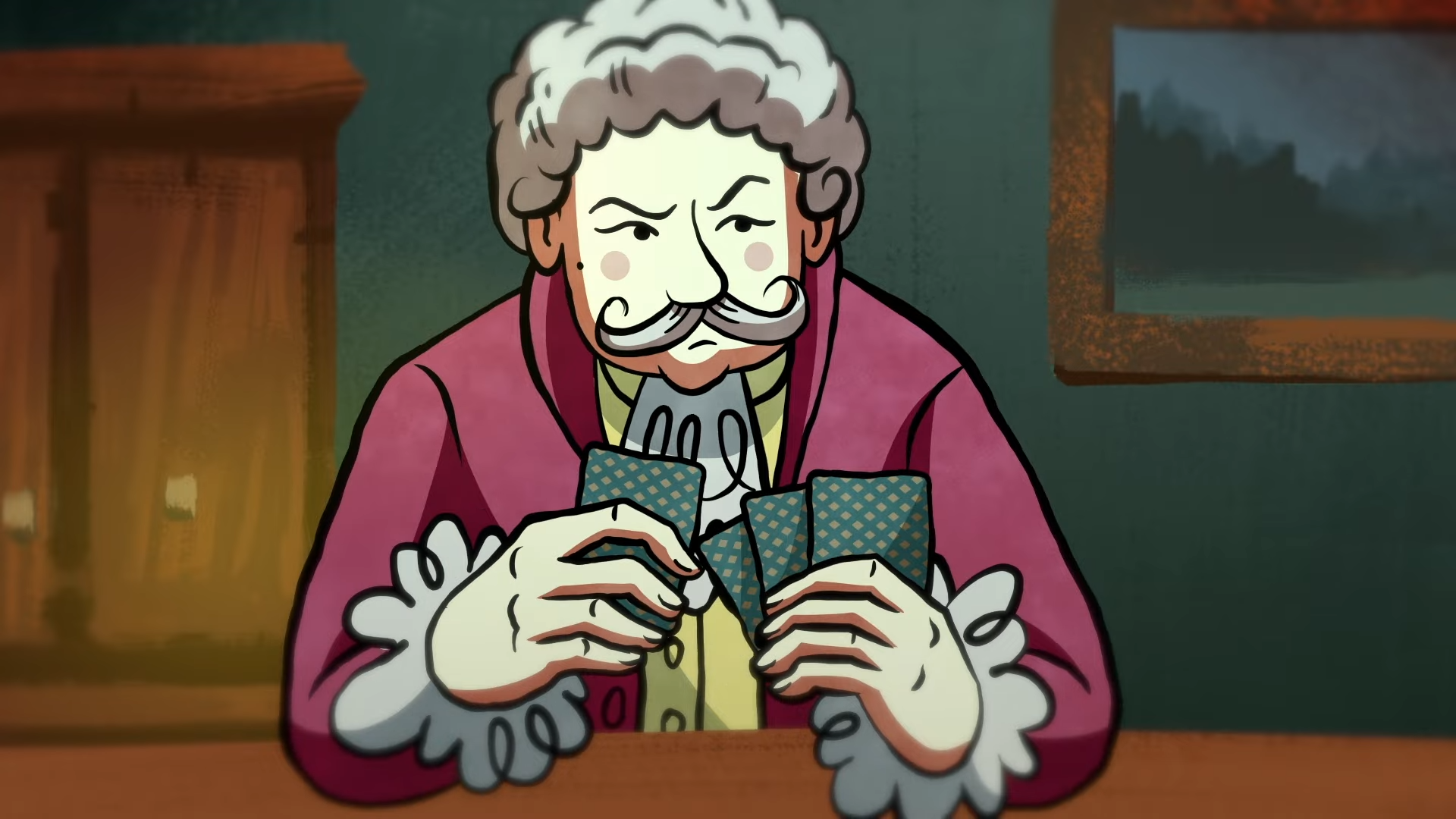 Card Shark stands out for its theme at least: How many games do you know where you don't play cards, but cheat at them? Plus, there's an elegant entourage with a memorable look, too! The setting is 18th century France.The main character works in an inn, but after some events is forced to flee with his new comrade - a card cheat.Together they begin to move up the career ladder of cheating - from small eateries to the table of the king himself.Cheating at cards is furnished as a mini-game of skill and attentiveness.The better you can outsmart your opponents, the more money you get.The more money, the faster you get into the elite circles, where the stakes are especially high.You'll meet different characters in each town, remote estate and luxury establishment, all of which add up to a journey through France, where you might even uncover a grand conspiracy.Card Shark was developed by skilled artists: Nerial studio (Reigns series), game designer Arnaud De Bock (Pikuniku), artist Nikolai Troshinsky and composer Andrea Boccadoro (music was recorded with an orchestra).First reviews appeared in the press - at the time of writing the average Card Shark score is 80 out of 100 (10 reviews).Critics praise the appearance, the narrative and the original idea, but not all like the way the deception techniques: they are similar to the usual QTE, not always well explained and require strictly certain actions (although at some points the game still allows to go off the rails and improvise a little).Card Shark is released today on PC (Steam) and Nintendo Switch.A demo version is available on both platforms.