SnowRunner turns to racing in a new season 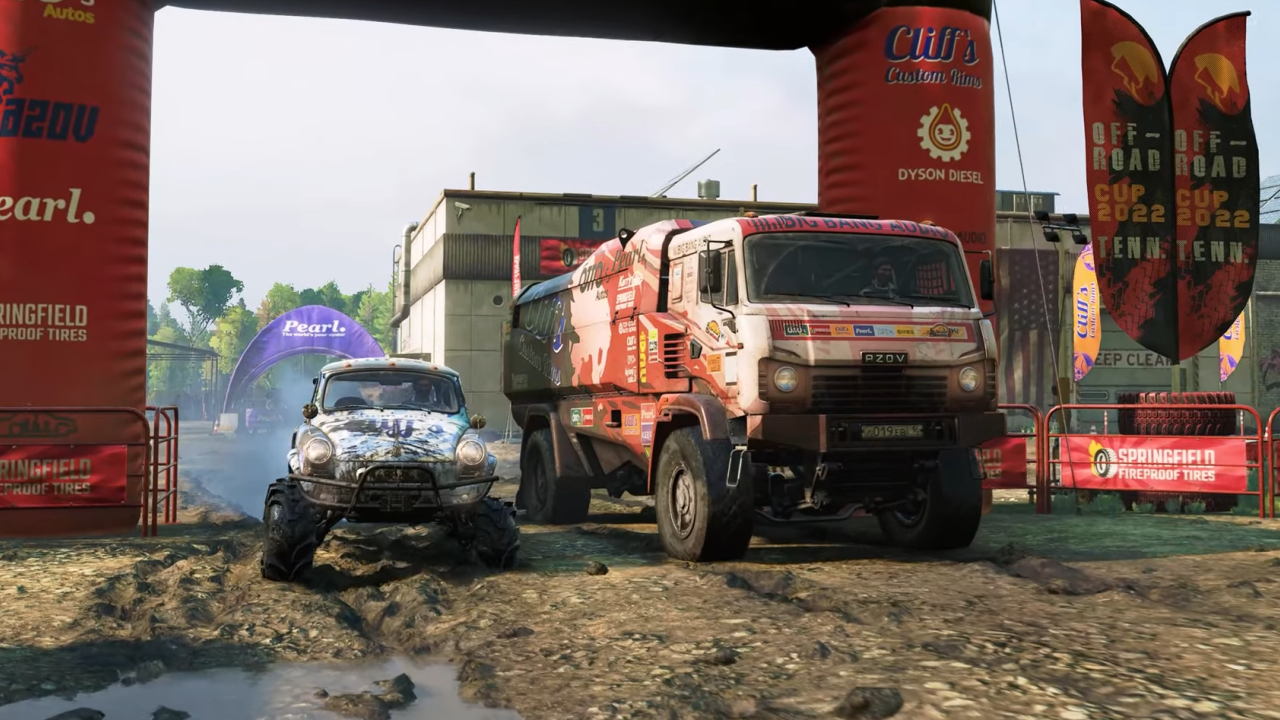 The off-road simulator SnowRunner has launched its next, seventh season, Compete & Conquer.This time, the game departs from its traditional trucking and bets on another activity - racing.Main features of the season:The new location is the American state of Tennessee.The size is 4 by 4 kilometers.The area is filled with everything you need for racing - tracks, seats for spectators, all sorts of flags with inflatable gates and so on.Single players are offered time trials, and those who play in co-op will be able to run competitive races.Two types of races - circular races and off-road.New cars - Gor BY-4 light car and Sprinter racing truck.Free upgrade for all players:New stickers.Extended cross-play - PC, PlayStation and Xbox players can connect with Nintendo Switch.Nextgen upgrade for PlayStation 5 and Xbox Series - up to 4K and 60 fps, accelerated downloads, pumped up depth of field and other graphical improvements.(Addendum of 8:13 p.m.MSC.Judging by the comments on the Web, pick up the non-xtgen update for PS5 from the Russian region without dancing with tambourine.)Season 7: Compete & Conquer add-on has already been released on all platforms (except Xbox One - there is a slight delay) and, for example, on Steam costs 279 rubles.For SnowRunner should be released at least one more season - details about it have not yet been disclosed.