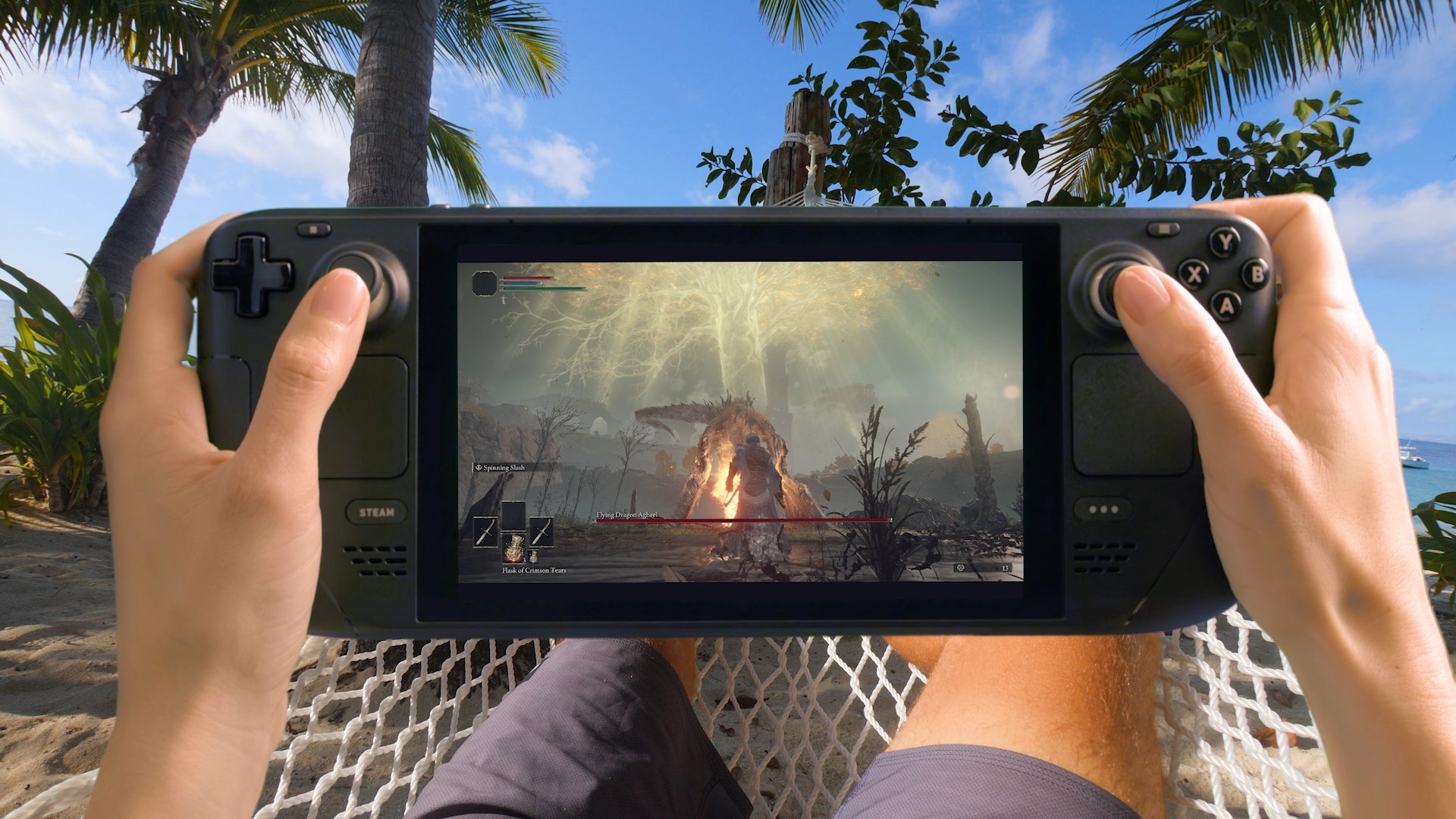 Valve hasn't lost interest in Steam Deck yet, so the handheld has been receiving regular updates, both bigger and smaller.All the important improvements of the last month were shown in the new video - there are even adorable dogs! Among the most curious innovations: The screen refresh rate can now be changed on the fly.Any value between 40 and 60 hertz is allowed.With this option it's easier to extend battery life, but keep the game smooth and responsive.According to Valve, 40 hertz is the optimal balance.The frame rate is specified separately from the refresh rate of the screen - it can be without any restrictions at all.You can put a lock screen with a pin code.There are settings for different scenarios - for example, you can ask for pin-code only when docking.You can set system graphics settings (like the same screen refresh rate) for each game separately.Improved behavior of coolers - they became quieter when Deck consumes little power and, therefore, less warm. Footage of the dogs in the excerpt about coolers also came in handy - how happy they are when their fur is being dried with a hair dryer! Steam Deck can now use Remote Play Together.More keyboard layouts appeared.Support for windows appeared: it's useful, for example, if you need to switch between the game and browser windows.There is a native interface for achievements, where you can see your achievements, see global statistics and compare your progress with a friend.There was a warning message if you connect Deck to a low-power charger.It is not forbidden to use it, but the device notifies you that the battery may take longer or even run out depending on the game.The start screen appeared recommendations of games collected specifically for Deck.Currently there are more than 3,000 games marked \"Compatible\" or \"Playable\".The site iFixit now sells spare parts for Deck.For Windows released drivers sound.In addition, Windows 11 installation is now officially supported.These are not all the features listed in the video.The blog also mentioned a list of the most popular games on Deck over the past month in terms of total time spent: Aperture Desk Job, The Binding of Isaac: Rebirth, Elden Ring, Hades, No Man's Sky, Rogue Legacy 2, Slay the Spire, Stardew Valley, Vampire Survivors and The Witcher 3: Wild Hunt.