Why does a frog in a hat cross the road in an ancient temple? Frogger and the Rumbling Ruins 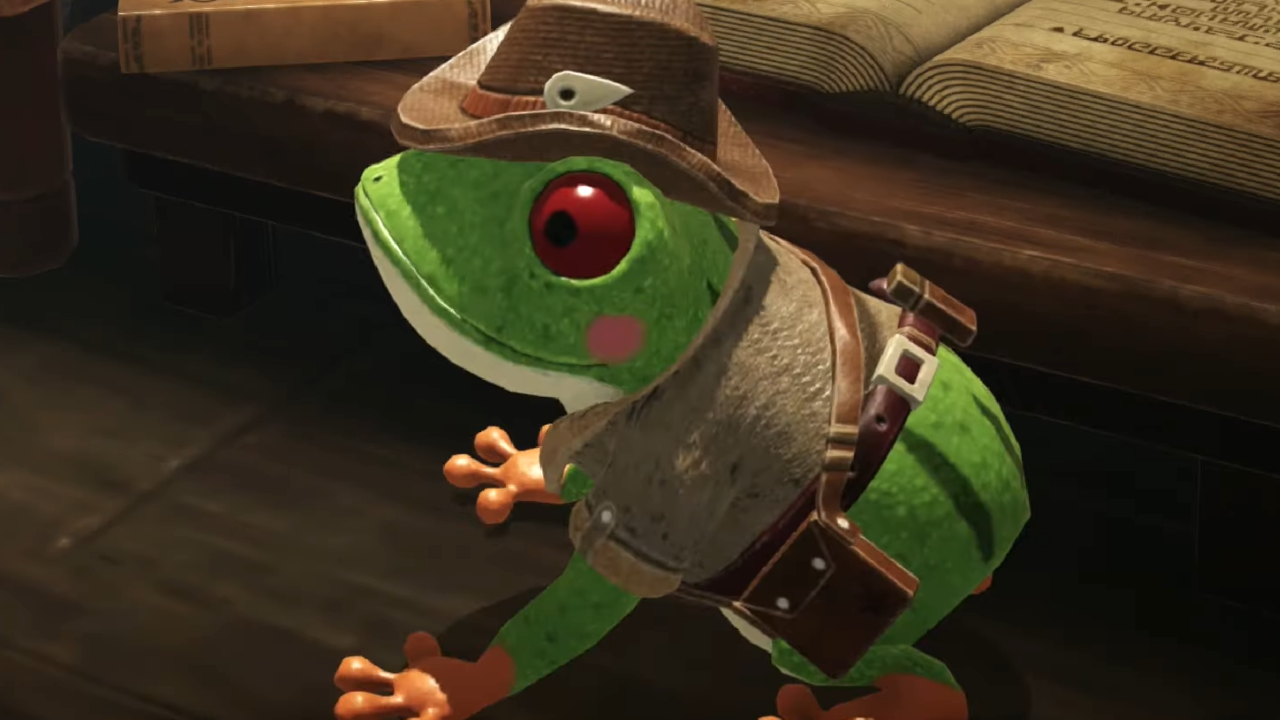 Frogger is a classic frog crossing the road.In the 40 years since the first part was released a lot has changed: now the frog has friends, a hat and an irrepressible desire to chase treasure through abandoned temples.With this begins the new part of the franchise - Frogger and the Rumbling Ruins.Frogger is an adventurer who goes to a jungle of ruins.They say froggers from the surrounding villages have started disappearing there - you need to figure out what's going on.And there are ancient artifacts with gems there, too - you can combine a useful investigation with a pleasant enrichment! In Rumbling Ruins, you no longer just need to cross the road: this is a puzzle game where you have to control your surroundings.For example, raising or lowering platforms, overturning bridges when an evil snake crawls across them, or rebuilding an aqueduct while Frogger is floating on it.There are ancient bosses with special conditions, and the total number of levels is in the neighborhood of a hundred.Rumbling Ruins is developed by Q-Games, a Japanese indie studio known for the PixelJunk series.Previously they have collaborated with Konami on the Frogger series and released Frogger in Toy Town - a modern reinterpretation of the more classic gameplay for the series.Frogger and the Rumbling Ruins will be available from June 3 in the Apple Arcade subscription (iPhone, iPad, Mac and Apple TV).It's possible that later the game will get to other platforms - this happens with Apple Arcade exclusives quite often.