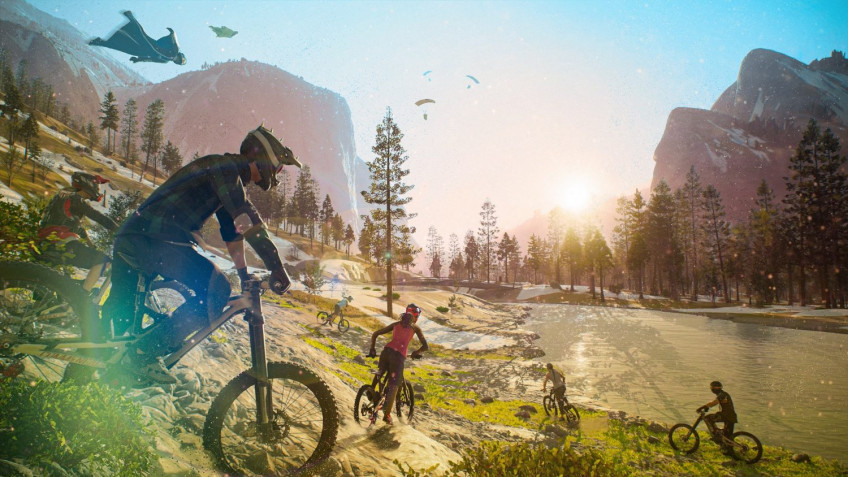 Ubisoft plans to cover real-world climate issues in Riders Republic and the upcoming Skull & Bones.The first wildfire event in Riders Republic should be expected in the coming months.It is reported that the game will change the sky and the character will wear a gas mask.Part of the map will be blocked, as players won't be able to breathe there. They will have to join forces to try to reduce the spread of fire with the help of certain activities.As for Skull & Bones, it will hold an event that should draw attention to the overfishing.Thus, the developers want to show that the demand for shark fins often leads to overfishing sharks. Recall that the UN Playing for the Planet alliance, organized to fight for climate and environmental conservation, besides Ubisoft, includes: Microsoft, Sony Interactive Entertainment, Sega, Bandai Namco, Sports Interactive, Creative Assembly, Sumo Group and Niantic.