Alone in the Dark, Gothic, SpongeBob and more - what was shown at the THQ Nordic show?\t 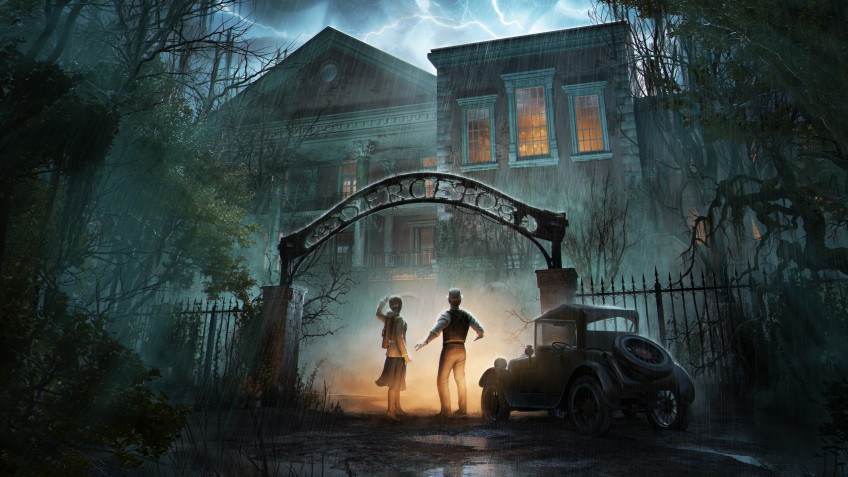 Publisher THQ Nordic held its show, showing 14 upcoming projects, including a reimagining of Alone in the Dark, a remake of Gothika, Jagged Alliance 3, Outcast 2, as well as racing, strategy and more.We updated the post in real time, collecting all the trailers and announcements of the show in the material! The show began with the announcement of a reimagining of the dystopian Alone in the Dark, which is being made for PS5, Xbox Series and PC.\"The fresh game is a reimagining of the original trilogy that will scare you to the core, returning to the infamous locations with a new story and amazing locations to explore.\"Hey, whoosh! Alien Krypto vs.everyone in the fresh trailer for the remake of Destroy All Humans! 2, which will be released Aug.30 on PS5, Xbox Series and PC.Space for Sale, a sci-fi simulator where you have to explore the world, study the flora and fauna and build your new alien home, has been announced.Space for Sale tells the adventures of a cute little astronaut as he sets out to explore strange new worlds, search for new life and build attractive real estate to bravely sell what no one has ever sold! Space for Sale is an exploration and survival sandbox game in which your job as a developer is to build beautiful estates for demanding customers.\"Finally, a freshly dystopian trailer for the remake of the first Gothic.The game is being created for PS5, Xbox Series and PC.A new battle trailer of the tactical Jagged Alliance 3, which has so far been announced only for PC, has been revealed.\"Jagged Alliance 3 combines a strategic campaign with intense turn-based tactical combat and role-playing elements.Train your fighters, collect equipment, and form a militia to push the enemy back or hold on to conquered sectors.You are the general and commander who must liberate the Grand Chien!\"The trailer for the historical real-time strategy game The Valiant, to be released on PC, has been revealed.\"In The Valiant, you will lead a group and lead them through medieval Europe to stop one insane villain: Ulrich von Grevel.He's trying to get his hands on a powerful mythical artifact that would endow him with unearthly powers.He must be stopped at all costs\"! And another real-time strategy game, this time fantastic.The trailer for Tempest Rising, which is being created for PC, has been published.\"Inspired by the great real-time strategy games of the 1990s and 2000s, Tempest Rising is a classic base-building RTS set in a modern alternate history scenario.Three unique factions fight over a rare alien mineral called Tempest.The gamers will be able to take part in epic story campaigns or challenge their friends in multiplayer matches.\" A global strategy trailer for Knights of Honor II: Sovereign with real-time battles, set in the Middle Ages, has been revealed.Knights of Honor II will let you rule a medieval kingdom in Europe or North Africa and command knights, merchants, diplomats, spies and clerics to make your kingdom the most powerful in the world.\"The promised trailer for the fantasy action-adventure game Outcast 2 has been released.The game is being made for current-gen consoles and PC.\"Cutter Slade is back on a mission.The Thalans are waging a desperate war against human invaders, and only Cutter can prevent their destruction to end this conflict.\"It's time for high speed! Open-world racing arcade game Wreckreation was announced, where players will have to race on the craziest tracks.The developers of Burnout and Need for Speed are working on the game.\"With so-called live mix mechanics, you can create and modify your racetrack while you (and friends) race on it.Add a new turn, place a ramp for jumps or just put a giant rubber duck on the track, you decide!\"Next week, on August 16, Way of the Hunter simulator is released and has a fresh trailer.A fresh gameplay video of wrestling simulator AEW Fight Forever is presented.Stuntfest - World Tour will combine racing and all kinds of extreme tricks.The game is created for PC.Spongebob, Patrick, Squidward and Gary - in the fresh gameplay trailer of Spongebob Squarepants: The Cosmic Shake.The game will be released on PC, PlayStation 4, Xbox One and Nintendo Switch.Record the broadcast on YouTube