New modes, weapons, card game and other details about Splatoon 3 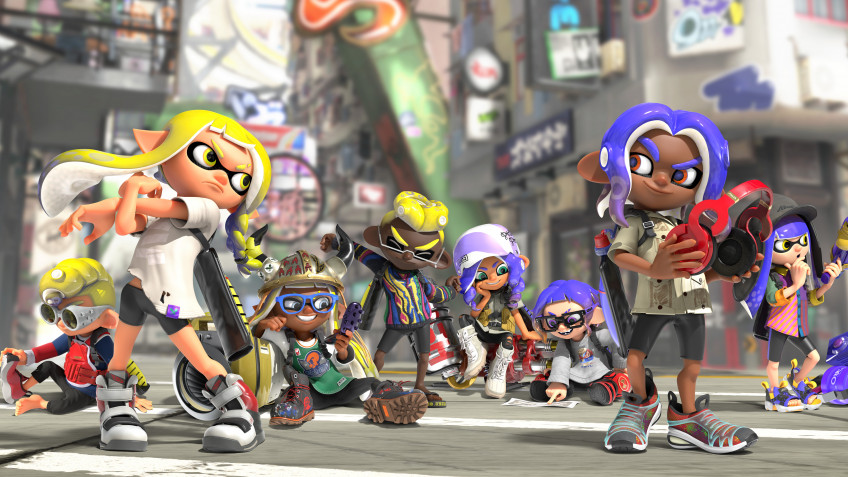 Nintendo has shared new details about Splatoon 3 - fresh footage, more information about modes and weapons, the return of Splatfests and more.New story mode is called Return of the Mammalians, and the main mode is still Turf War with the old rules.Also Splatoon 3 will please fans with a new ranked mode Anarchy Battles, in which players have to compete for ratings in battles with certain tasks - it's Splat Zones, Tower Control, Rainmaker and Clam Blitz.Returns and Salmon Run with the collection of gold eggs and new Salmon bosses.Apparently, an additional Big Run mode with a Salmon Run attack on Splattsville is in the future for fans.In addition, after the launch of Splatoon 3 will be familiar League Battle and a new mode X Battle - the latter will be available only after obtaining the highest rank in Anarchy.Details will be shared later.The game will feature several new locations, including the Hagglefish market with street vendors, as well as locations from the previous games - the Museum d'Alfonsino, Hammerhead Bridge and Mahi-Mahi Resort. At the launch is promised 12 locations, and more are to be added in subsequent free updates.In Splatoon 3 brought back all the types of basic weapons from the previous games and diluted them with two major innovations - similar to a bow Tri-Stringer, shooting simultaneously in three directions, and a sword Splatana Wiper, spreading paint when swings.In addition, there will be available new special weapons: Tacticooler - cooler with drinks, which gives bonuses; Wave Breaker, which releases sound waves; Reefslider shark, which rushes forward, and then explodes and sprays paint.Where new weapons, there are new abilities.Thus, Squid Surge, for example, will get to the walls by quick jerks, and Squid Roll - quickly turn around and jump in the air at the same time.Among the other features of Splatoon 3 is the appearance of a competitive card game Tableturf Battle (1-on-1), a physical lobby, the return of familiar NPCs, meet new friends, the return Splatfests and playable Octolings.Try out the full demo Splatoon 3 can be August 27 at 19:00 MSC. Recall that the Russian eShop is currently in \"maintenance\" mode.Full DirectDeep Cut: Anarchy Rainbow